“Four beautiful, badass women lose their heads in this irreverent, girl-powered comedy set during the French Revolution’s Reign of Terror. Playwright Olympe de Gouges, assassin Charlotte Corday, former queen Marie Antoinette, and Haitian rebel Marianne Angelle hang out, murder Marat, and try to beat back the extremist insanity in 1793 Paris. This grand and dream-tweaked comedy is about violence and legacy, art and activism, feminism and terrorism, compatriots and chosen sisters, and how we actually go about changing the world.”
-Dramatists Play Service

Inspired by brutalist architecture, the goal of the scenery design was to create a harsh, looming presence of the guillotine over the main character’s writing study. The beton brut treatment of the structures was meant to convey the oppressive weight of formed concrete, while the minimal railings and burlap skirting still suggested a scaffold temporarily erected. The neutral coloring of the scenery created contrast with the strong colors in the costumes. Because the characters in the play are fabrications of the writer Olympe de Gouges, the costumes included a motif of written text in the skirts. The text motif was carried into the burlap skirting of the scenery, adorning the guillotine scaffold with the very words that would land Olympe upon it. 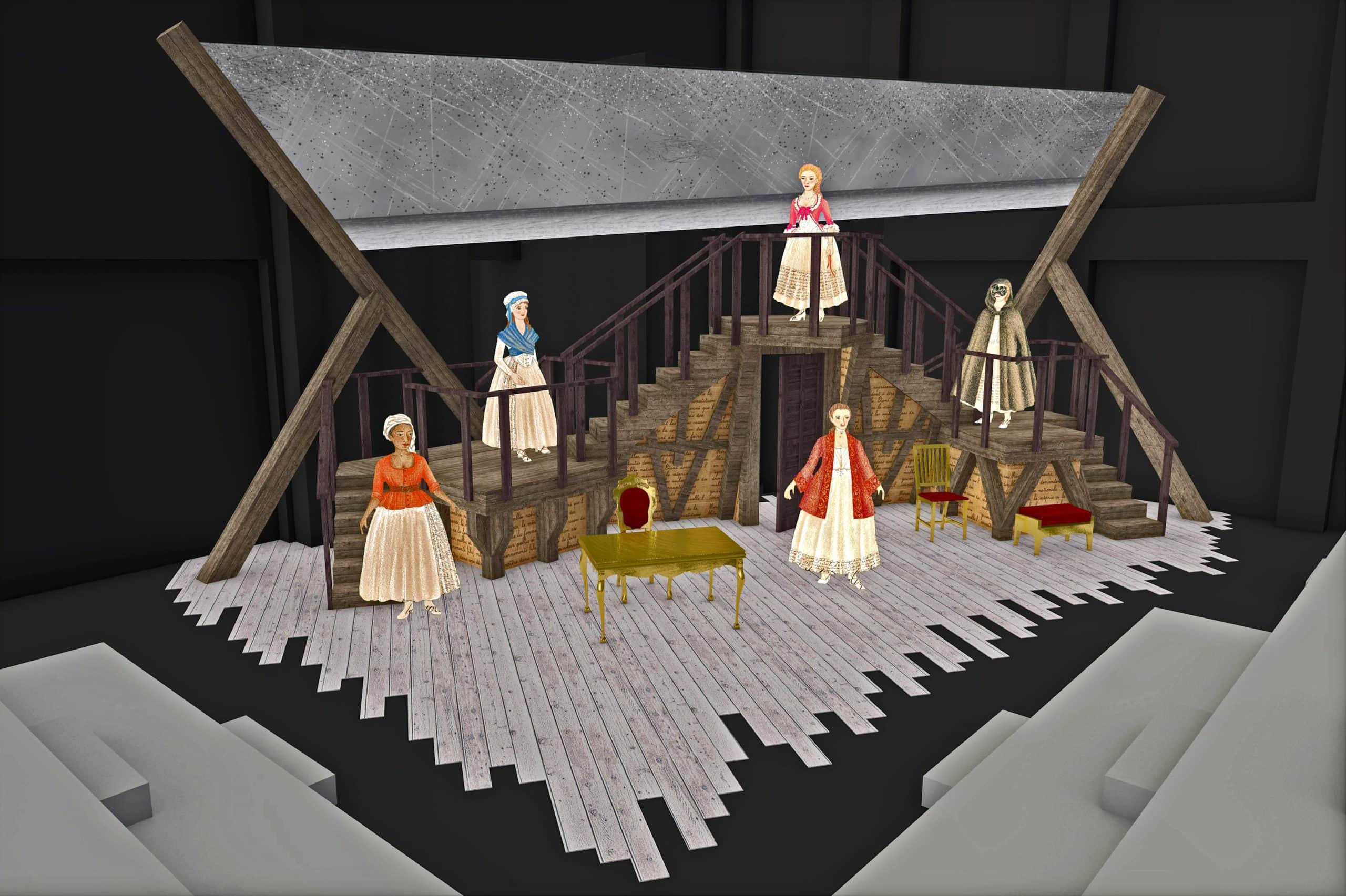 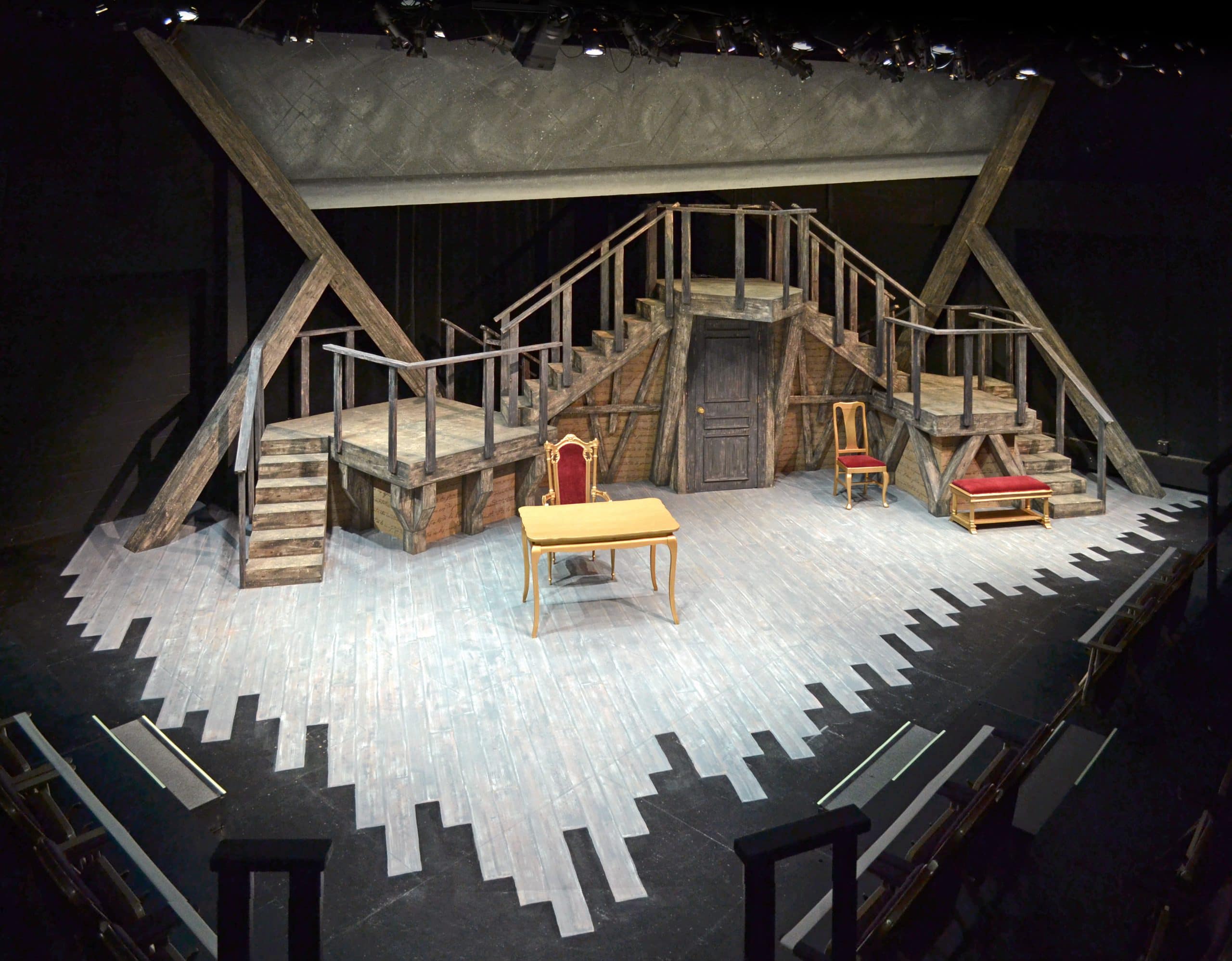 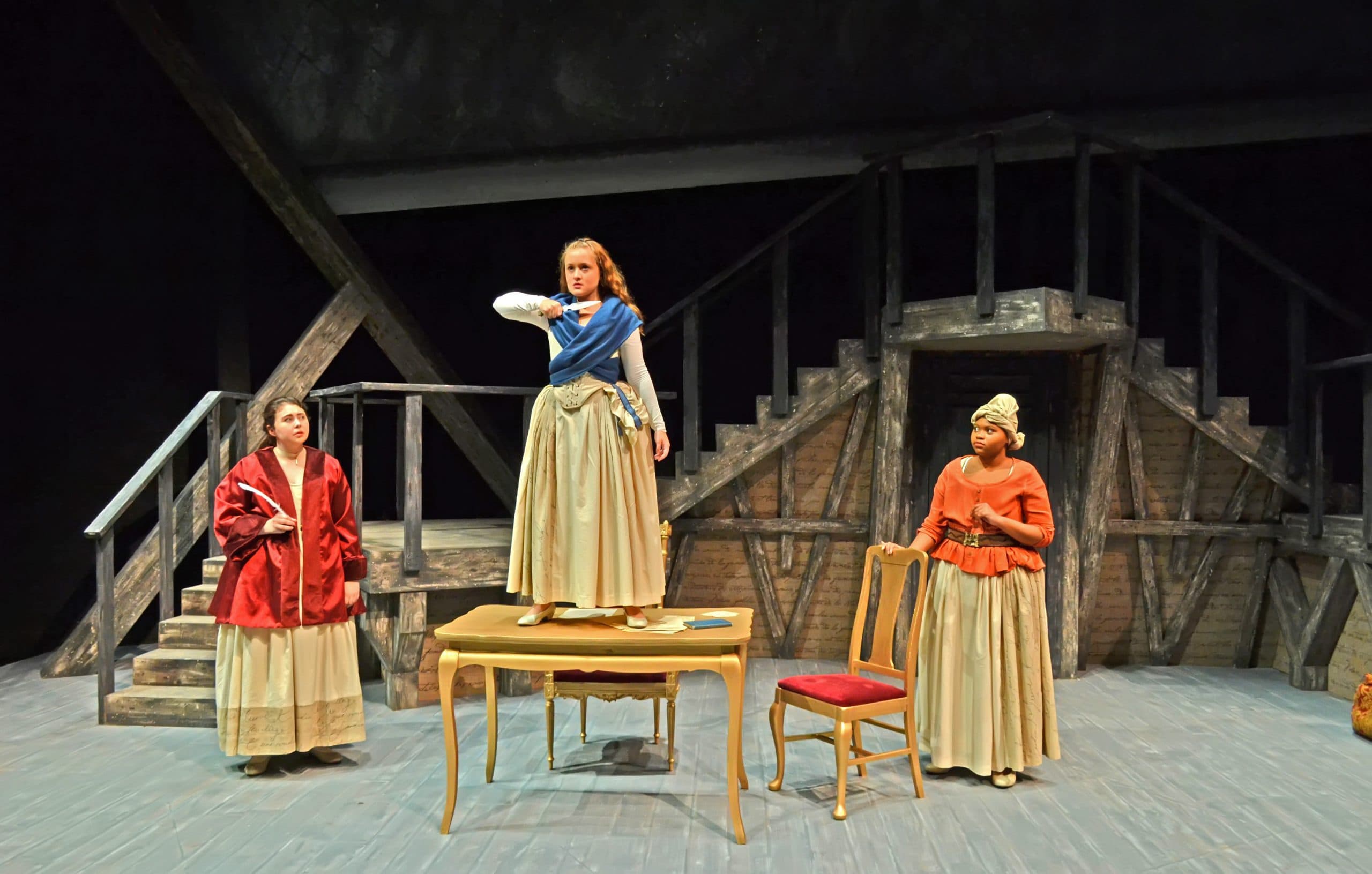 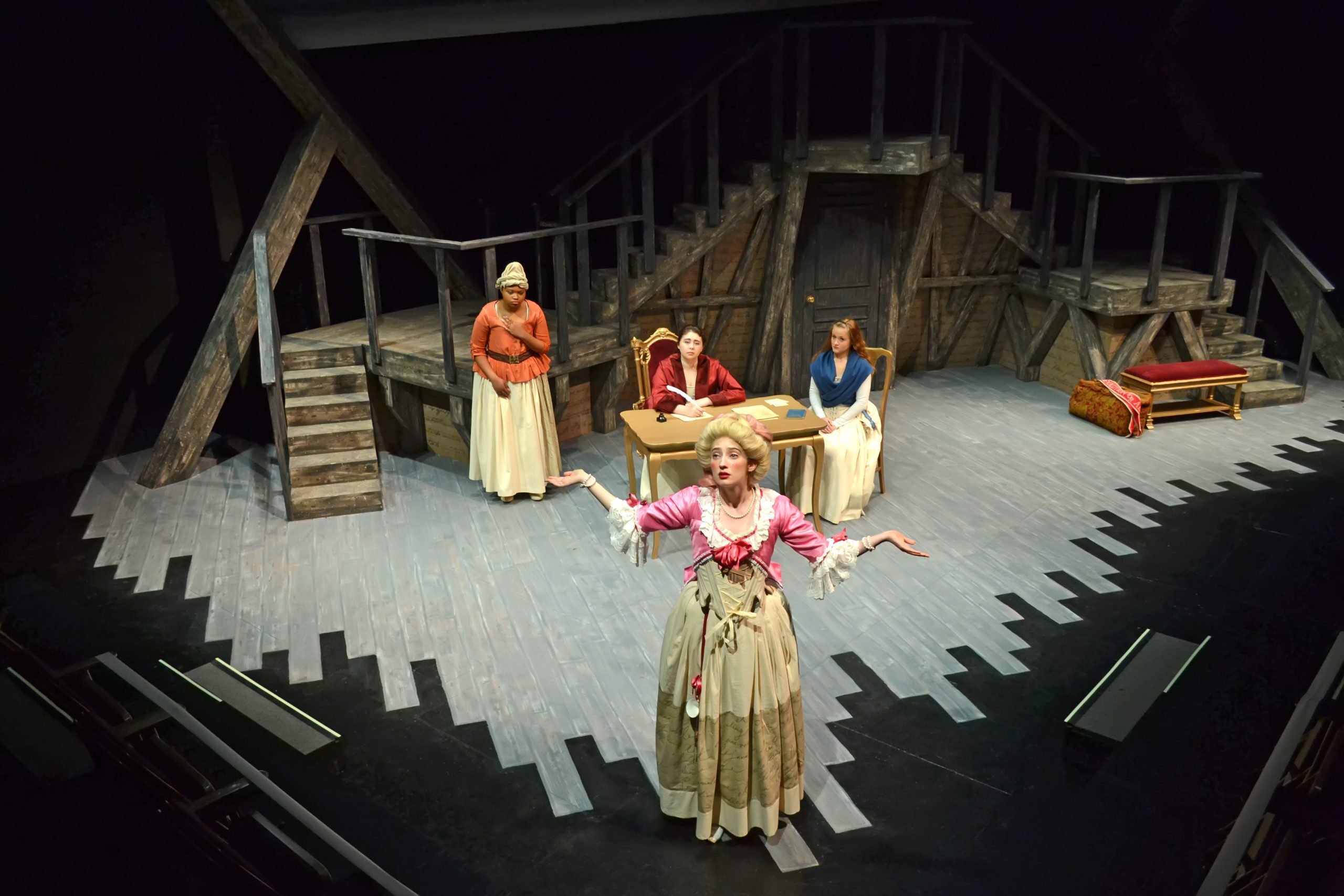 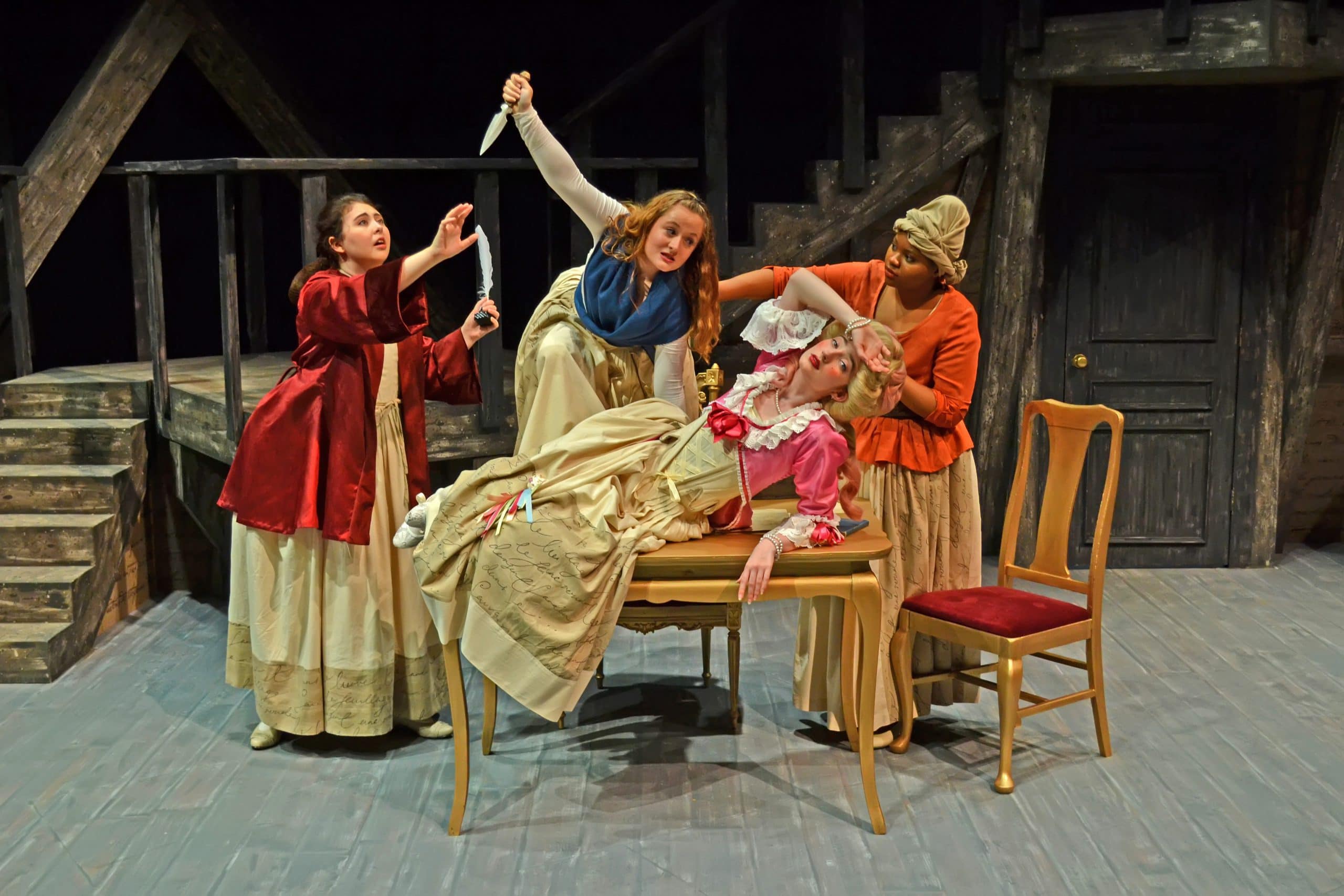 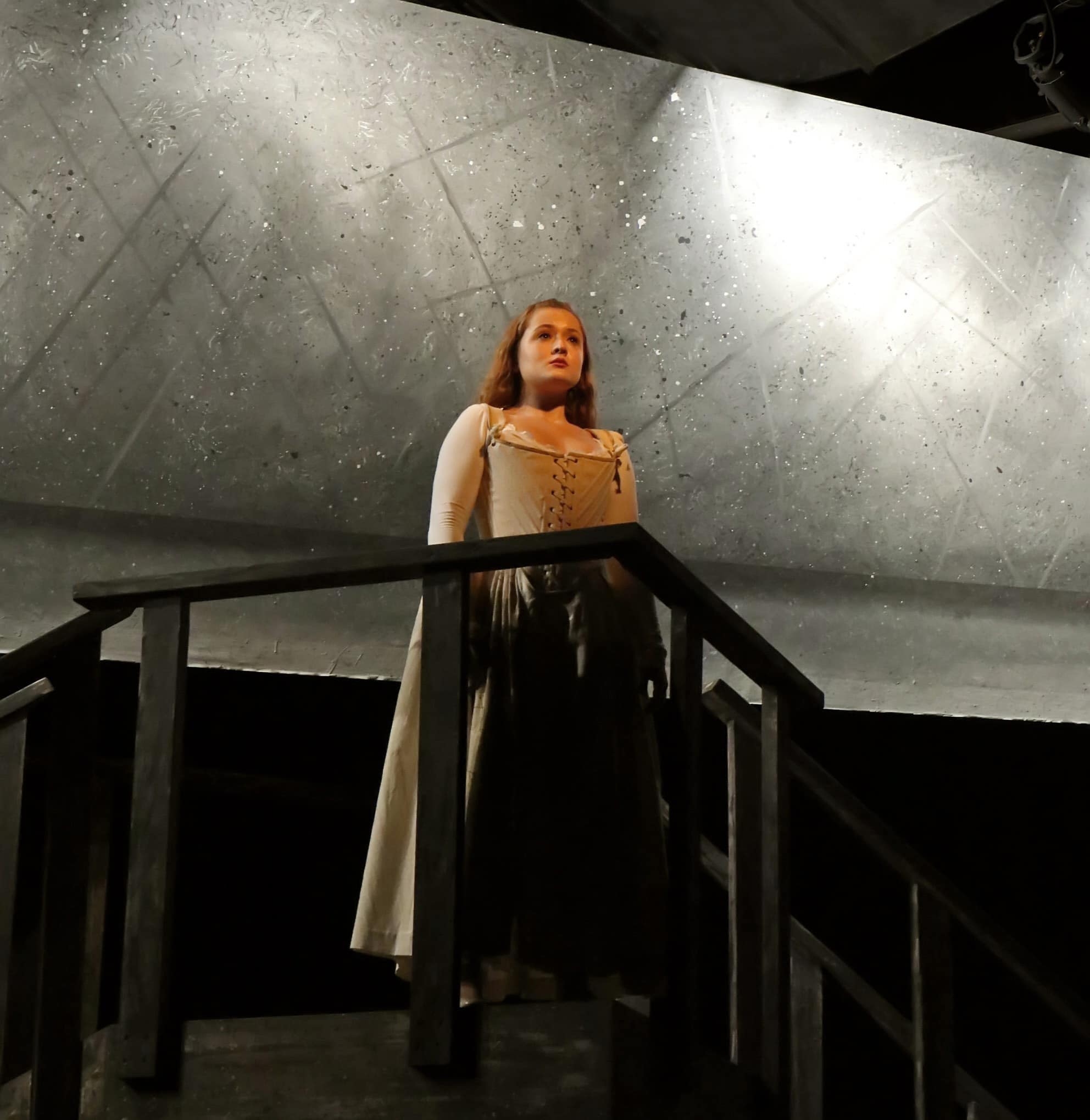 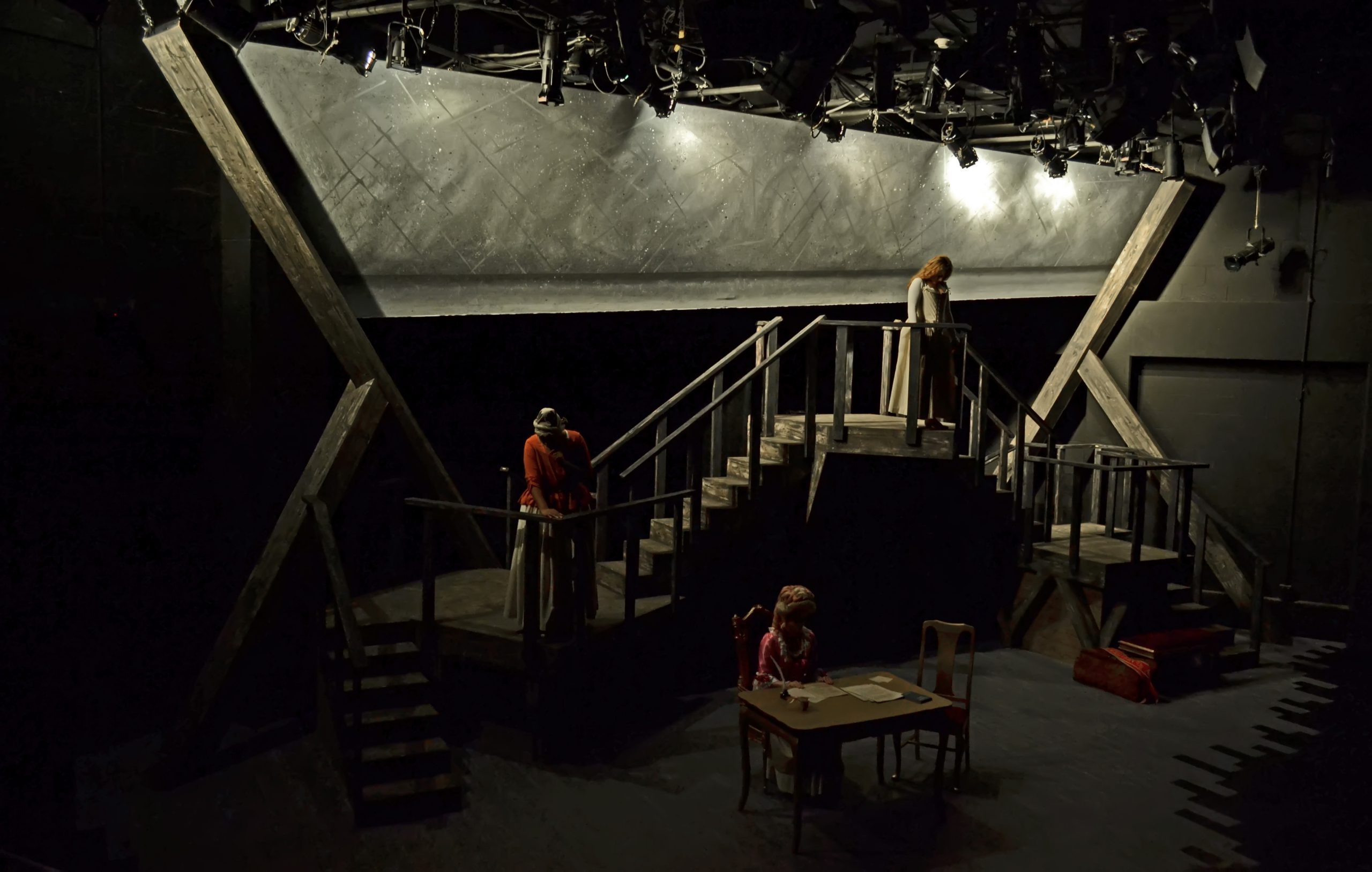 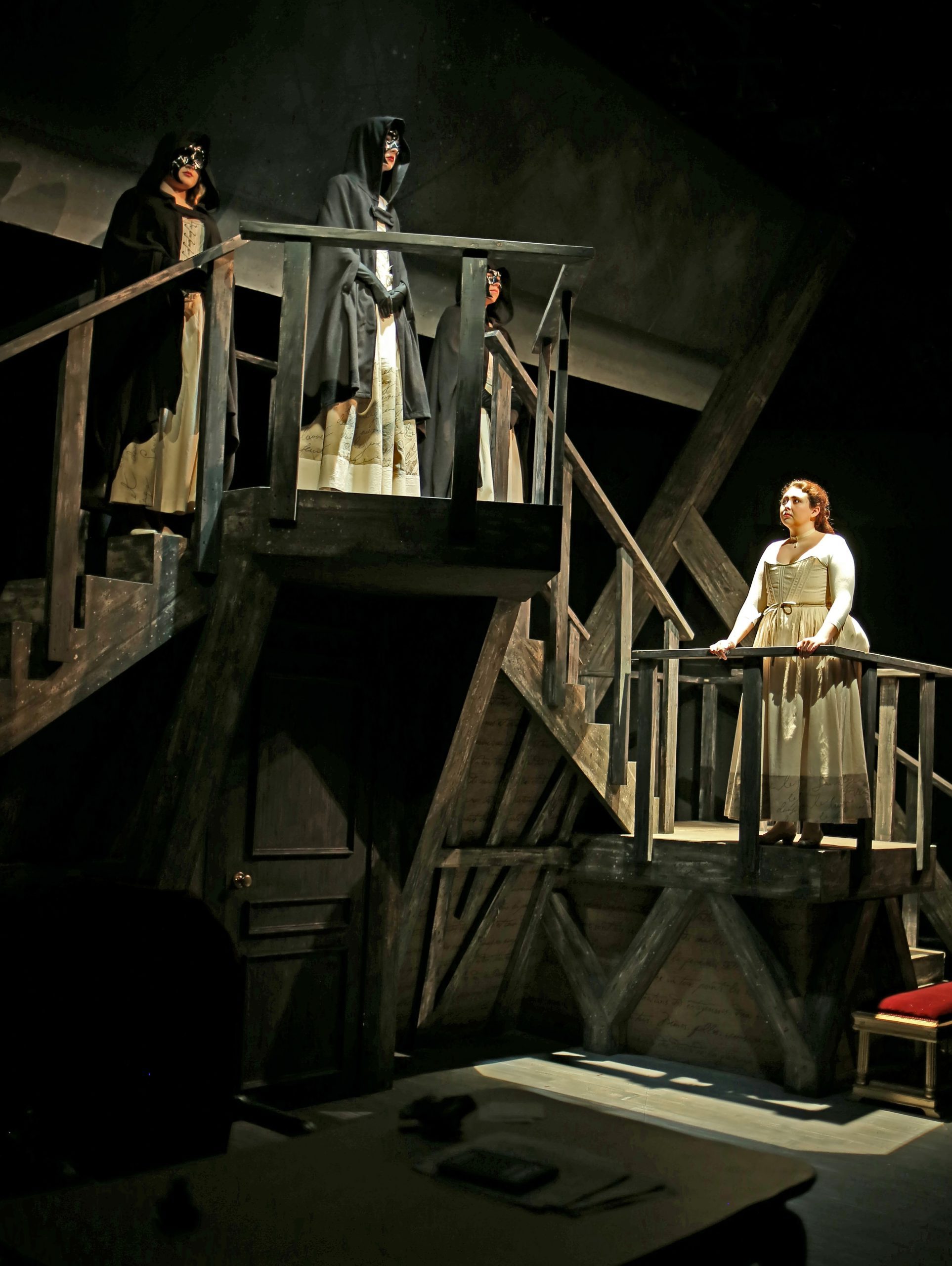 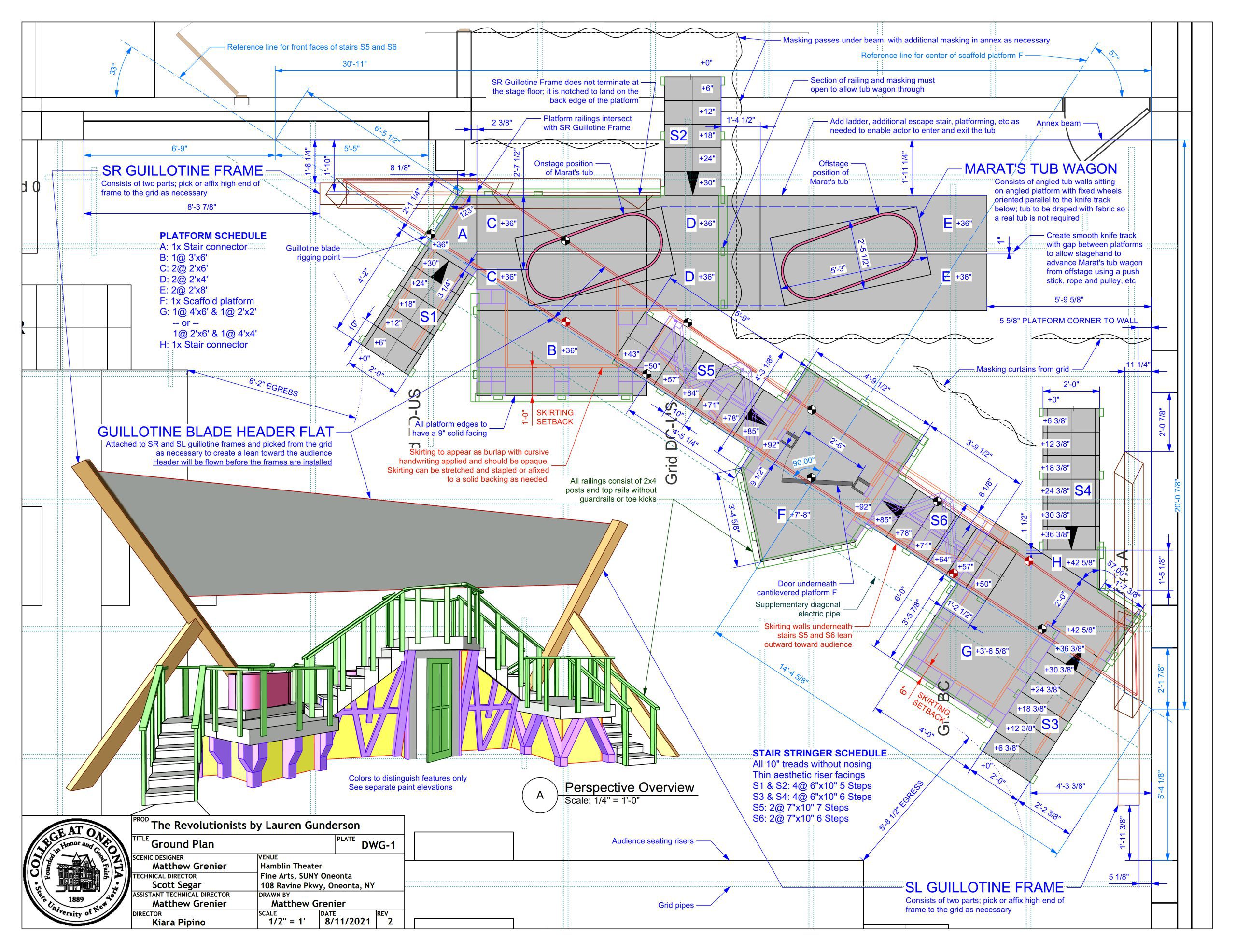 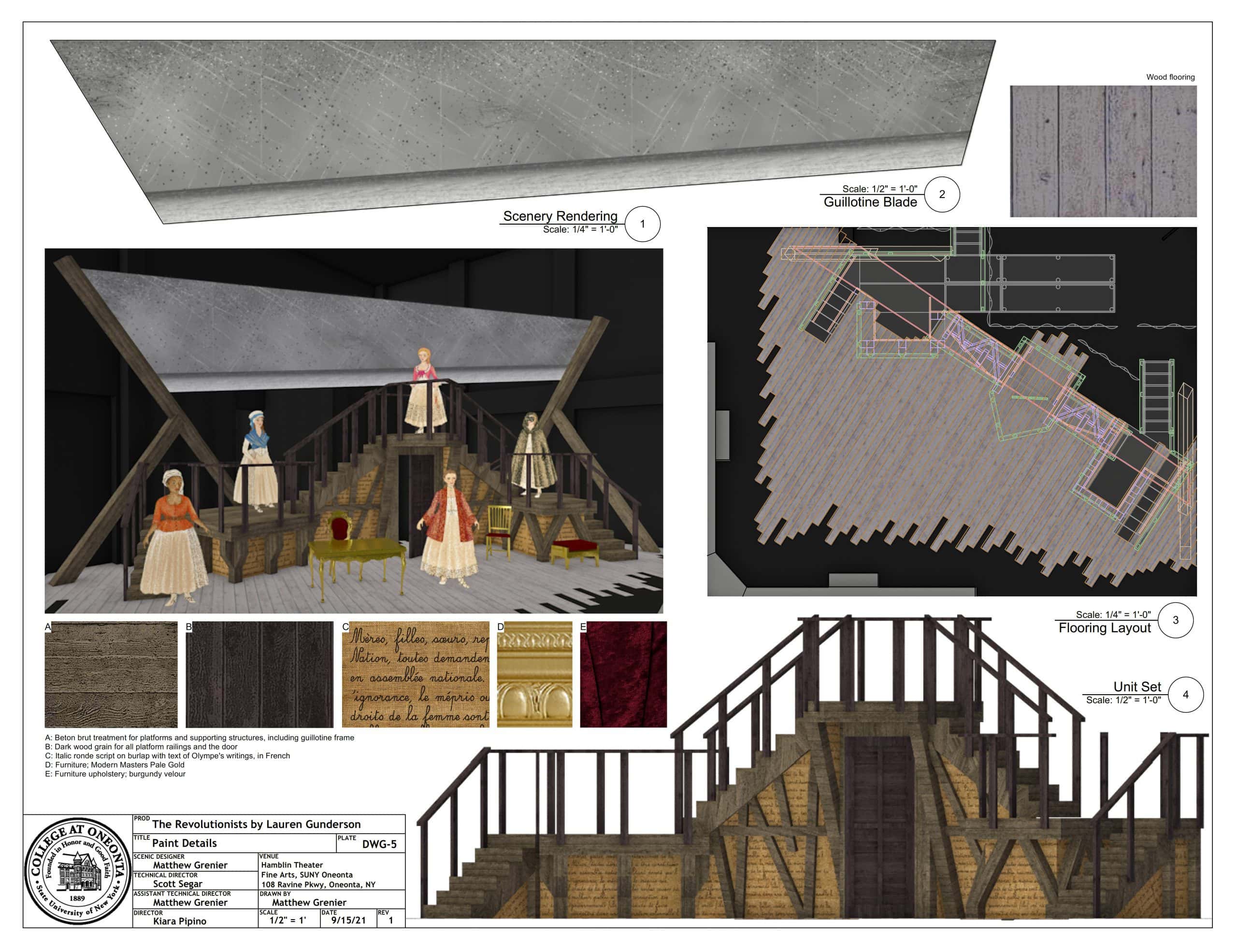 A video discussion of the scenic design process for The Revolutionists