Ayad Akhtar’s 2013 Pulitzer Prize-winning play Disgraced calls for a statue of Shiva on the set. The character Amir has received the statue from a friend who mistook him for Indian although he is Pakistani. Scenic designer John Bagby selected a statue of Shiva Nataraja, which combines the Hindu god’s roles as creator, preserver, and destroyer of the universe all in one figure.

To create the statue for the show, a free model was downloaded, modified, and 3D printed. The source model was produced by Geoffrey Marchal, who photographed a 13th century bronze statue at a museum in Belgium and used photogrammetry software to generate a rough 3D model. 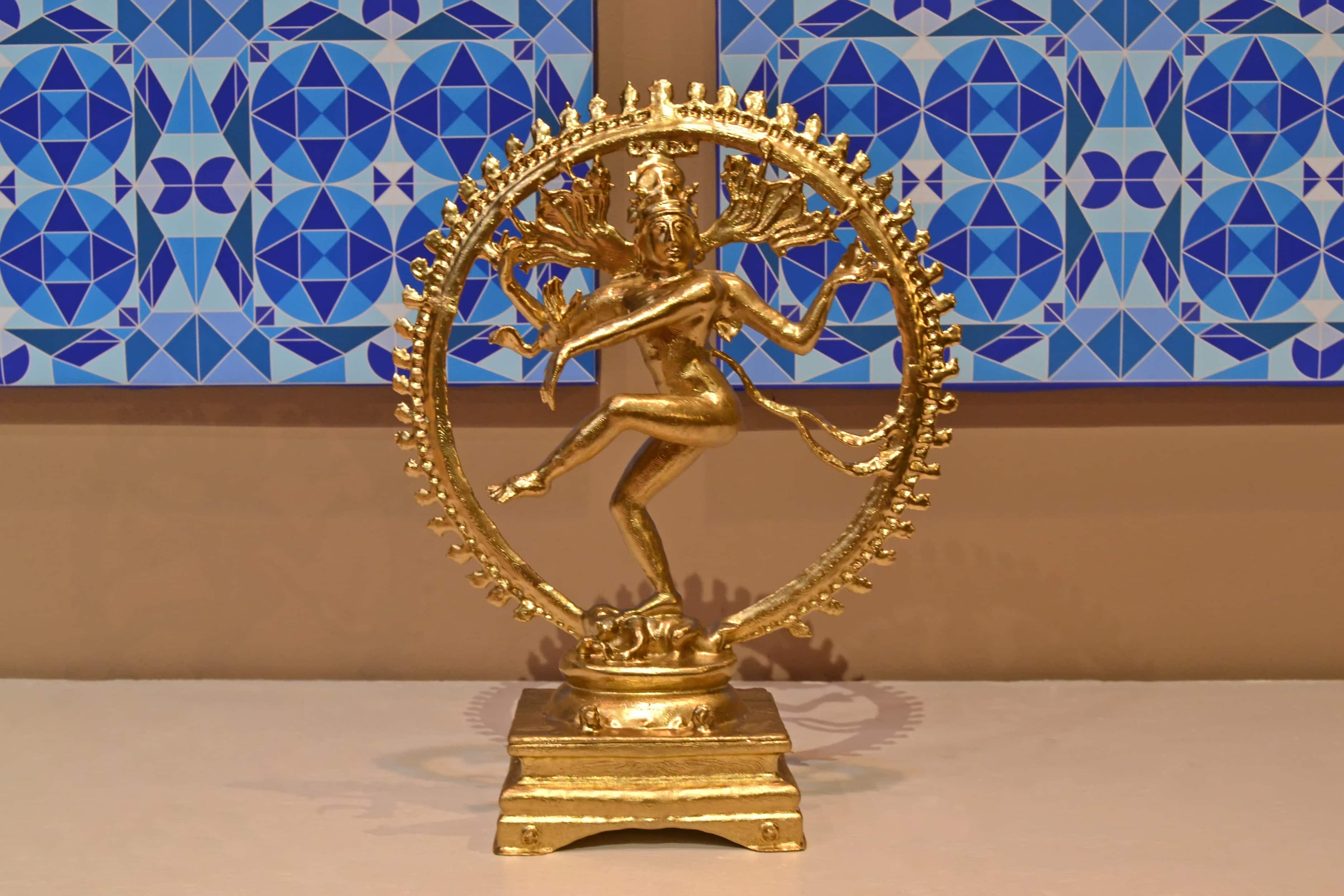 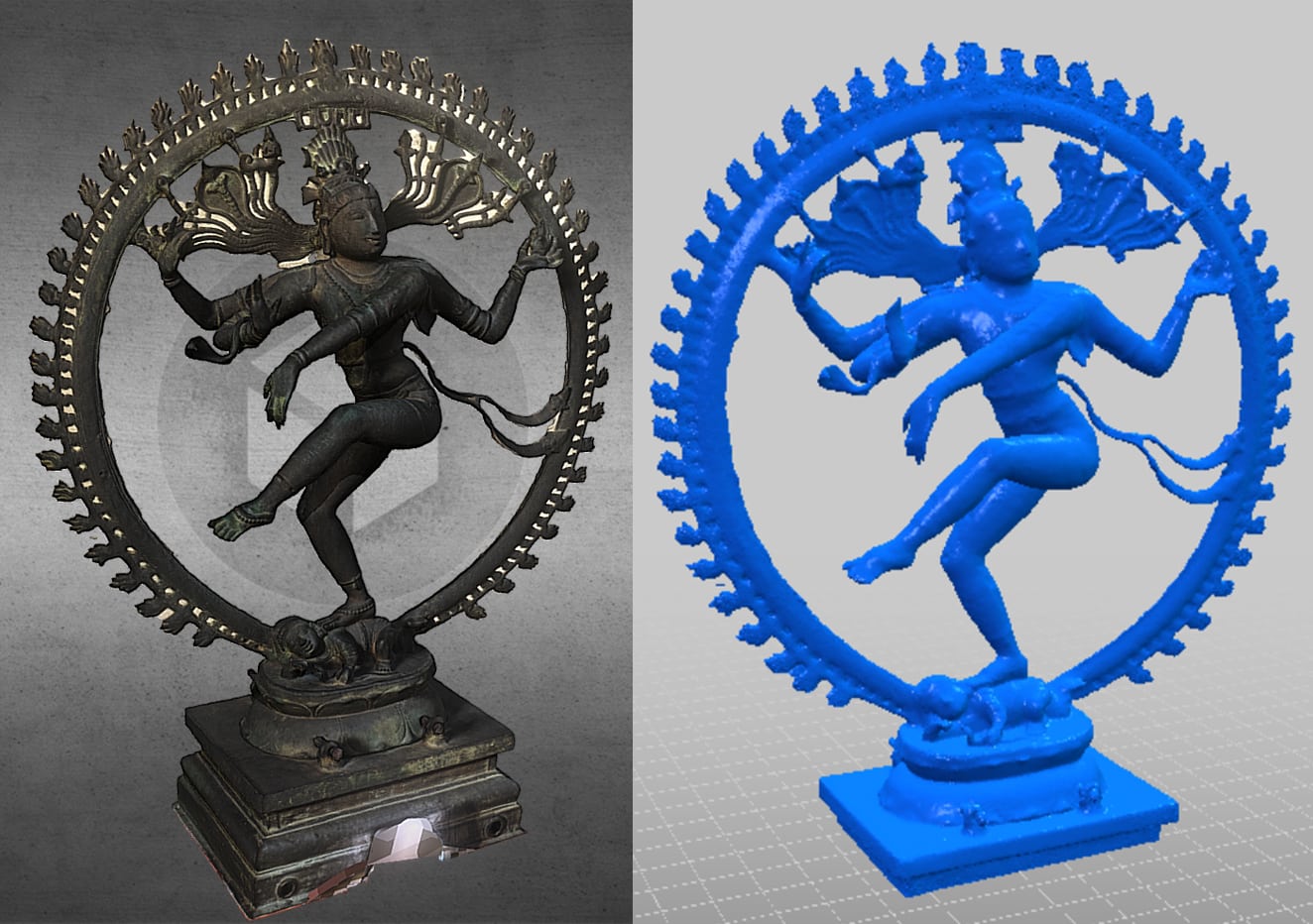 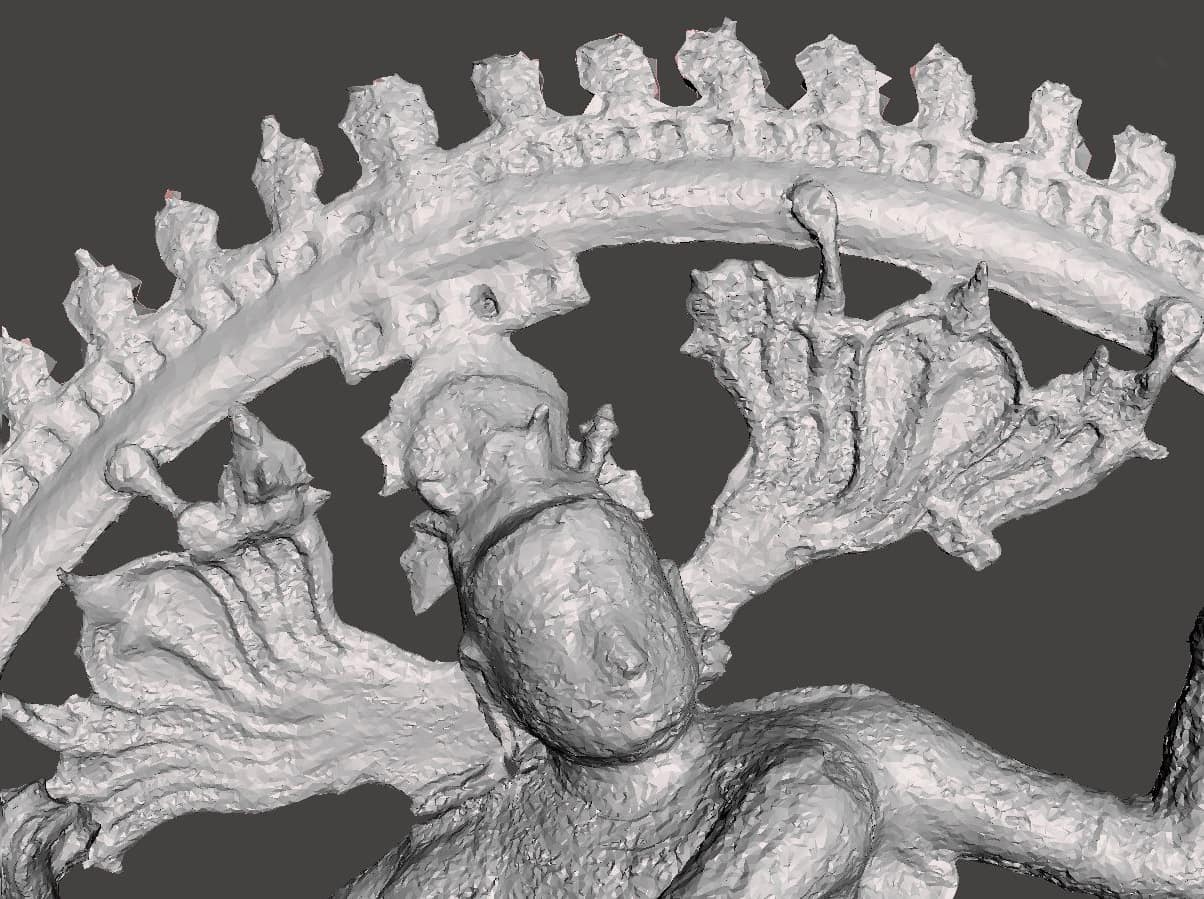 Beginning state of the model 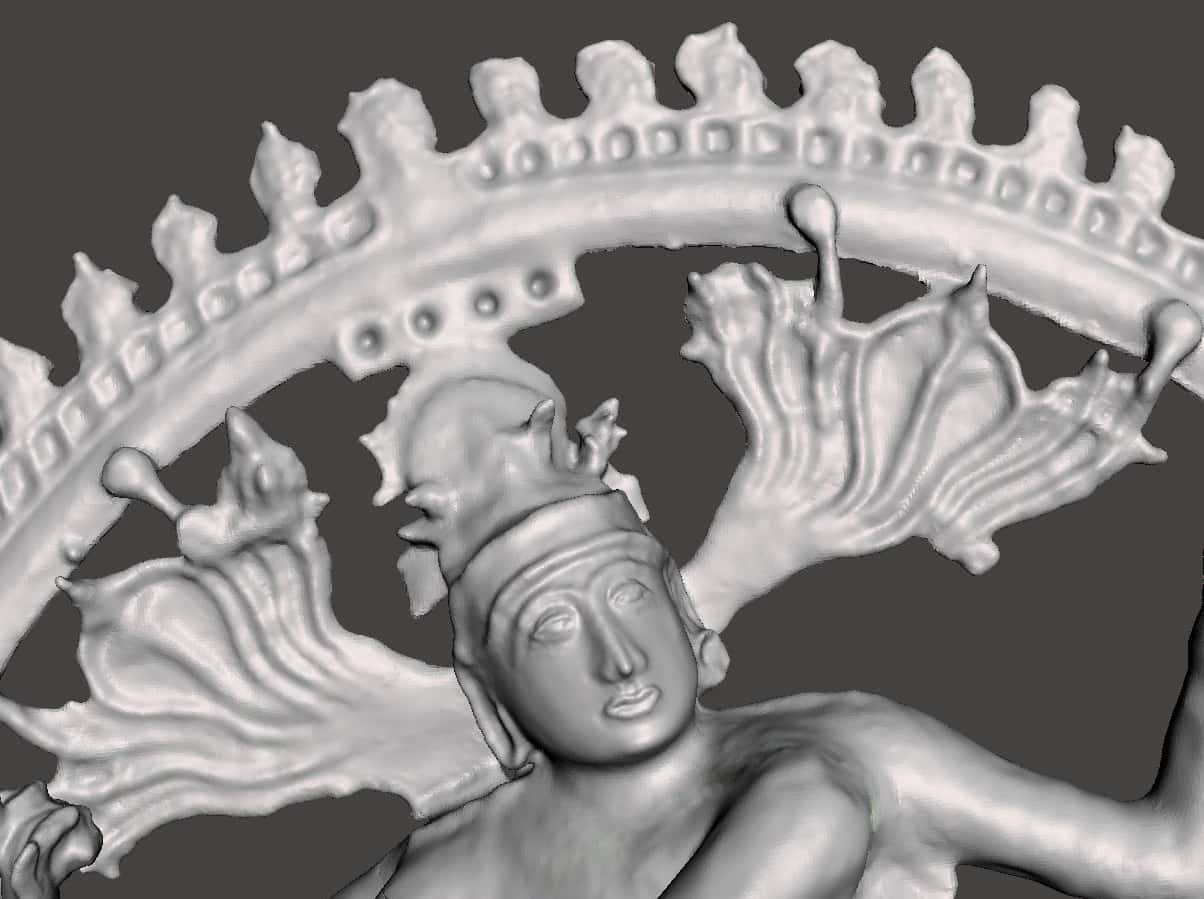 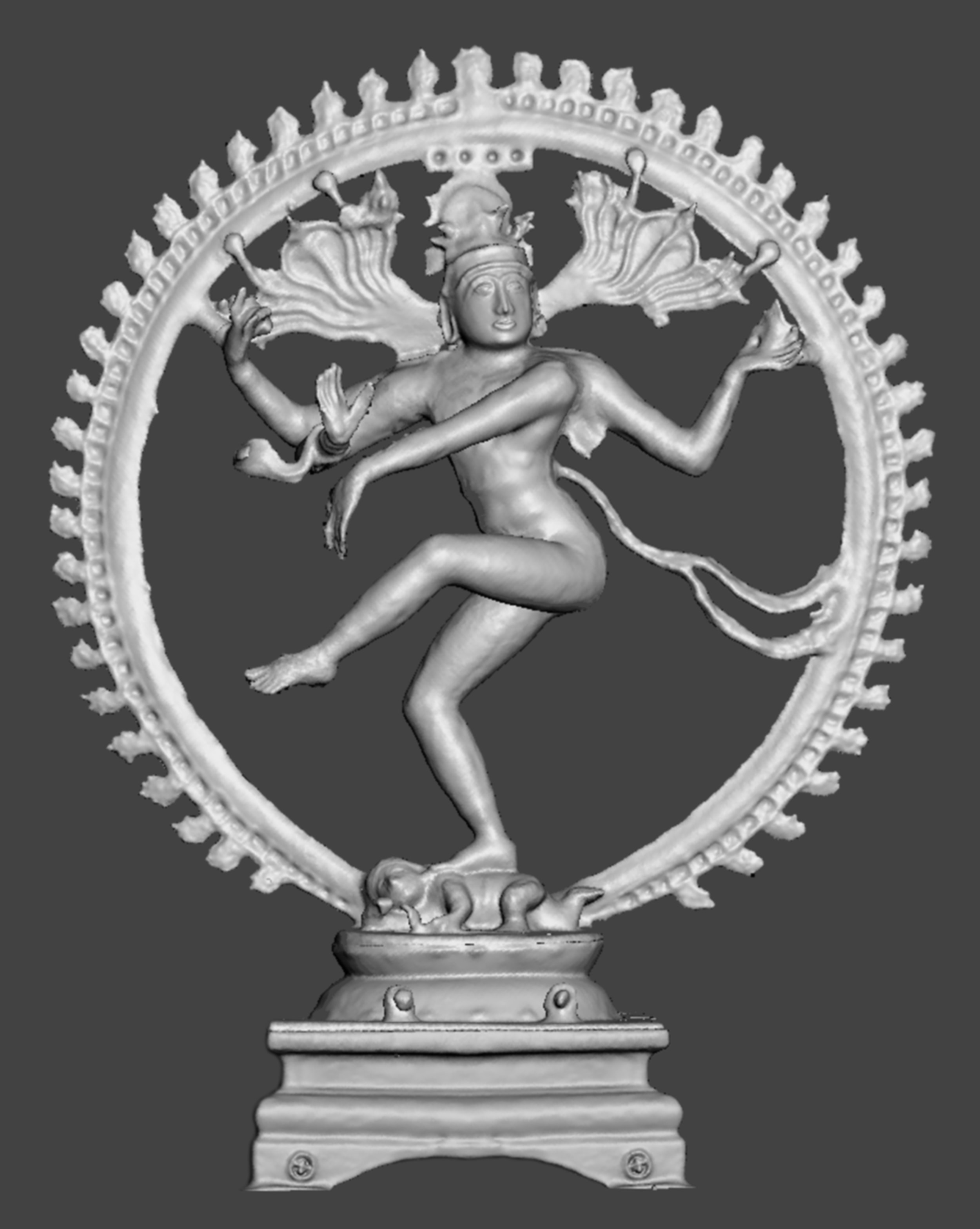 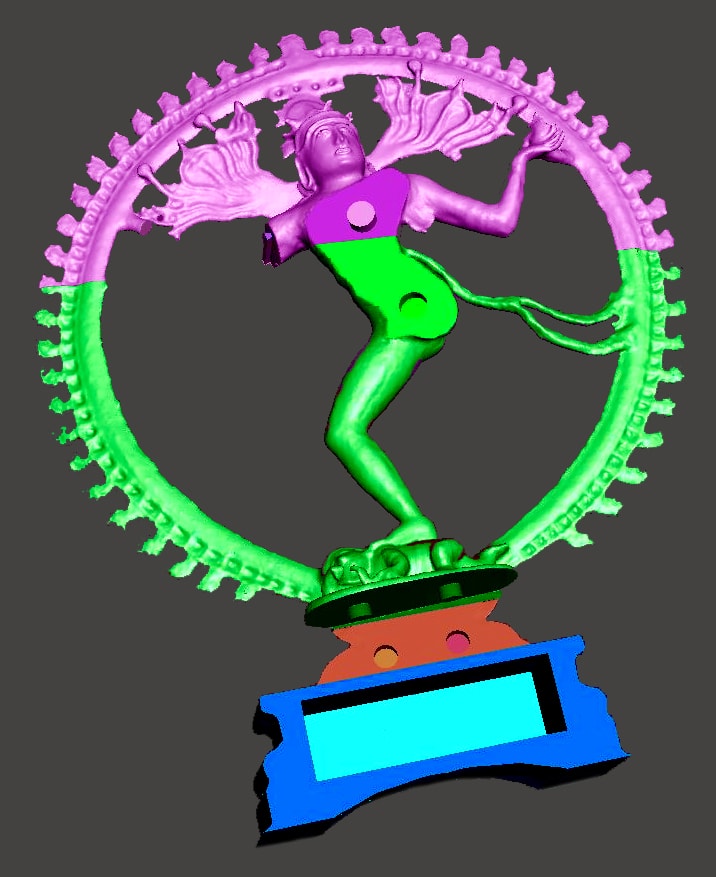 Meshmixer was also used to break the model down into separate parts to facilitate printing at the desired size. Alignment pins and holes were added to ease assembly. 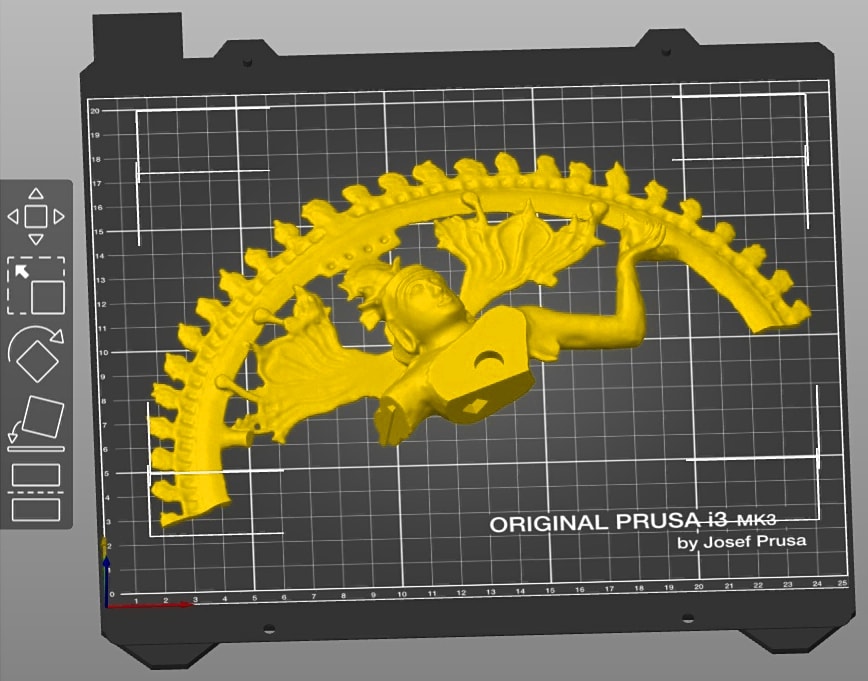 Orientation of part on Prusa i3 MK3 print bed 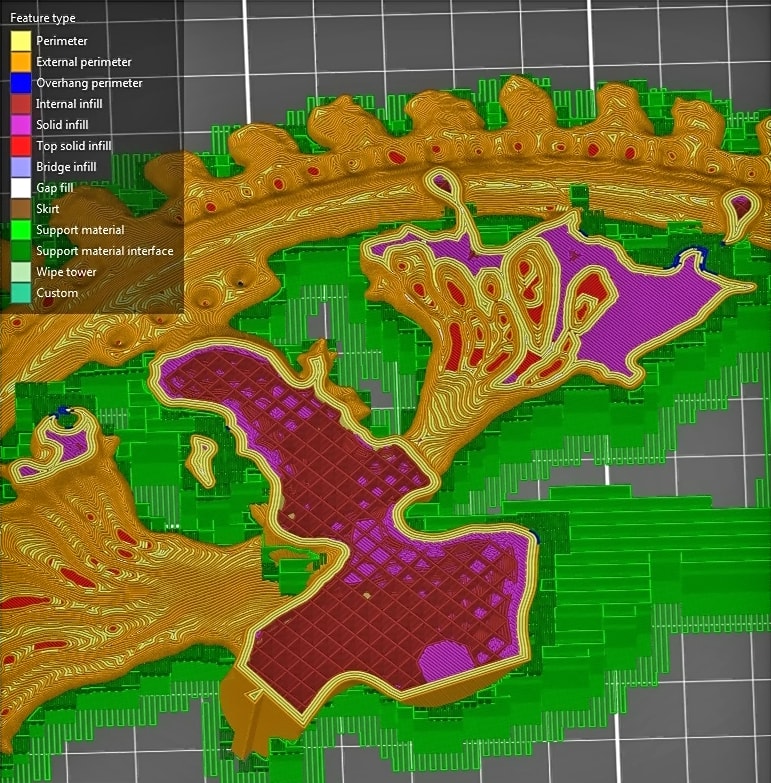 Pre-visualization of printing; green represents weak layers that provide support for the irregular geometry that is unable to sit flat on the print bed.

Printing the lower part of the ring with one leg in PLA plastic; the longest print took 18 hours to complete. 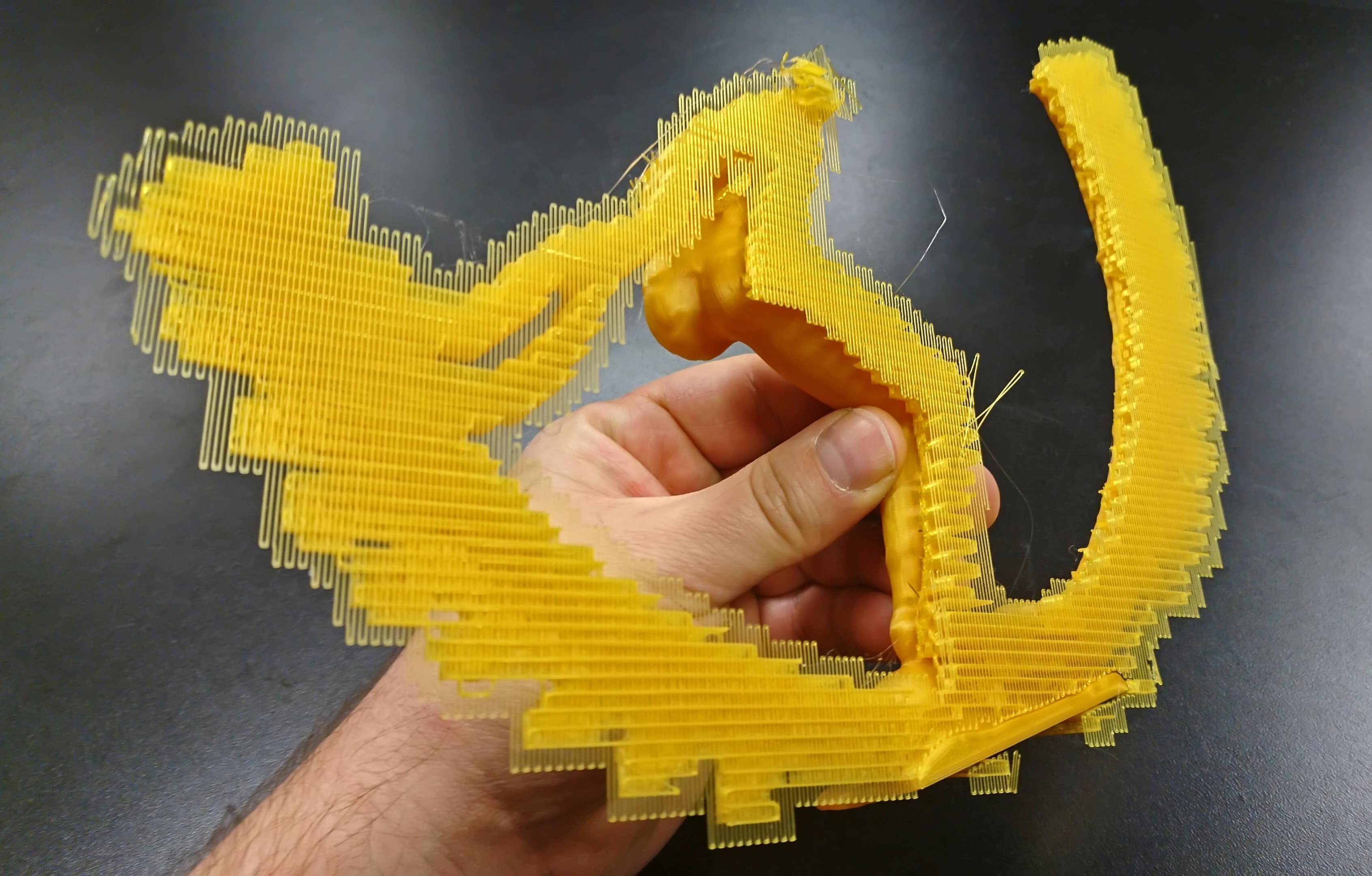 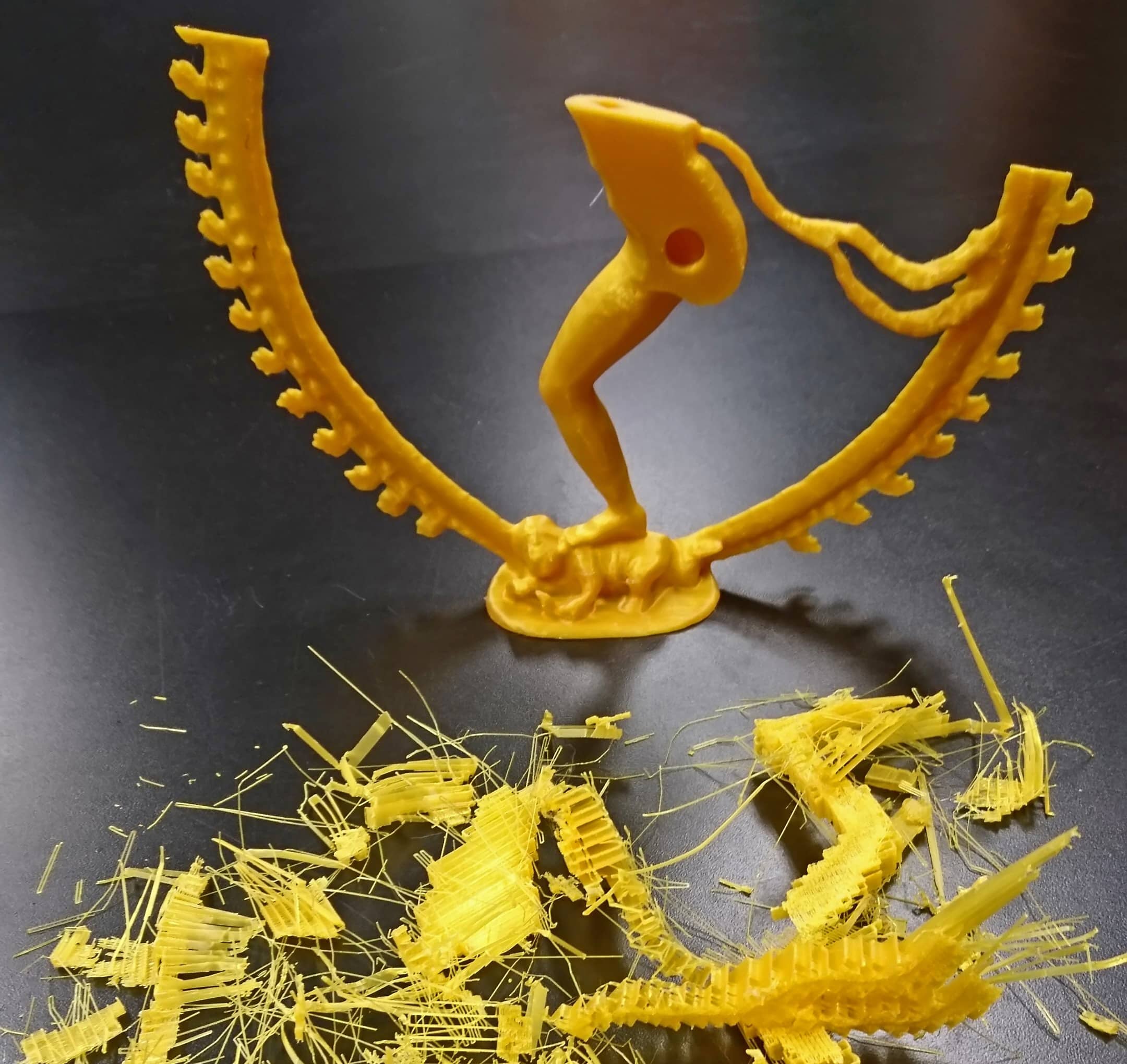 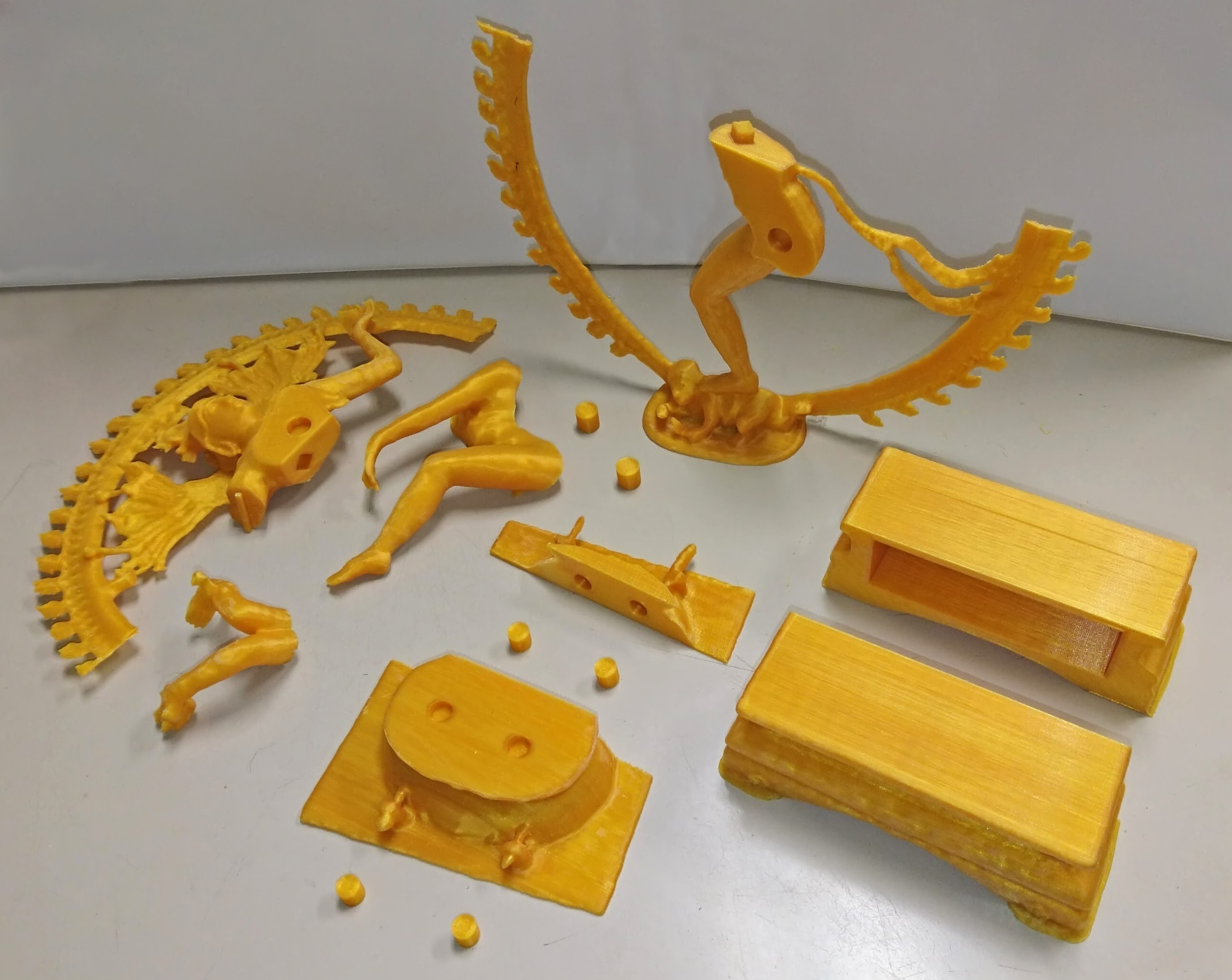 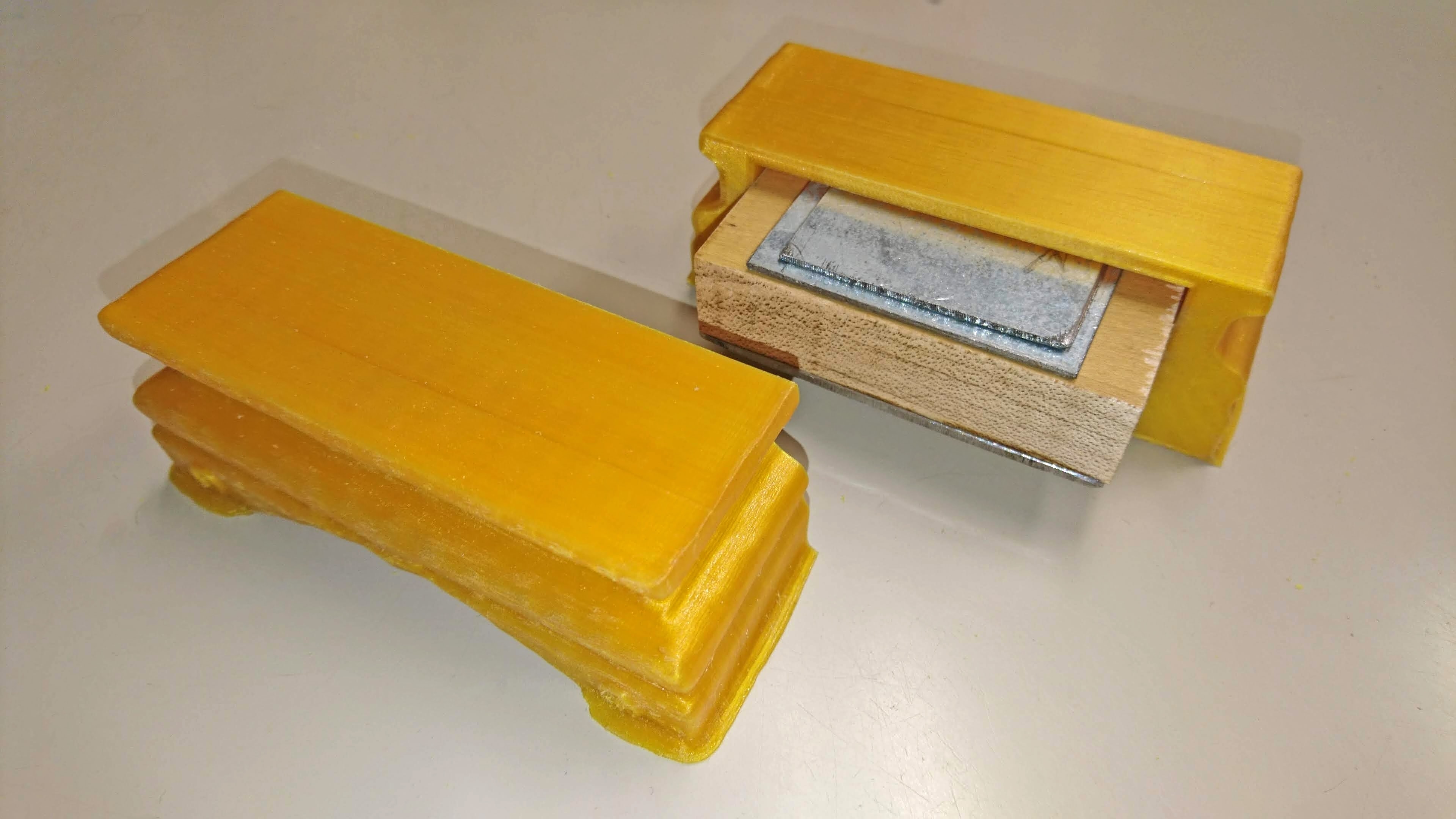 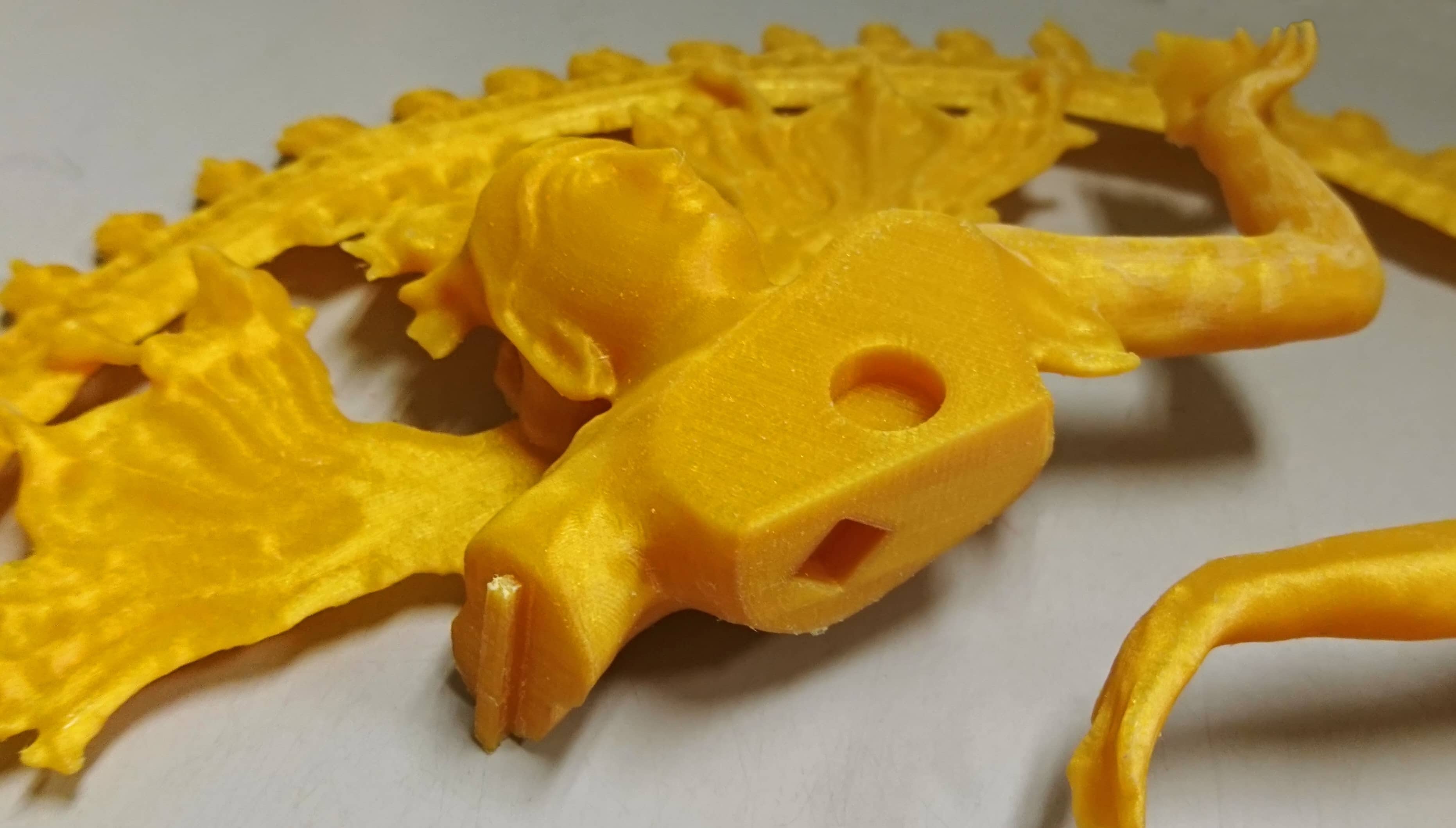 Arms slotting into the shoulder 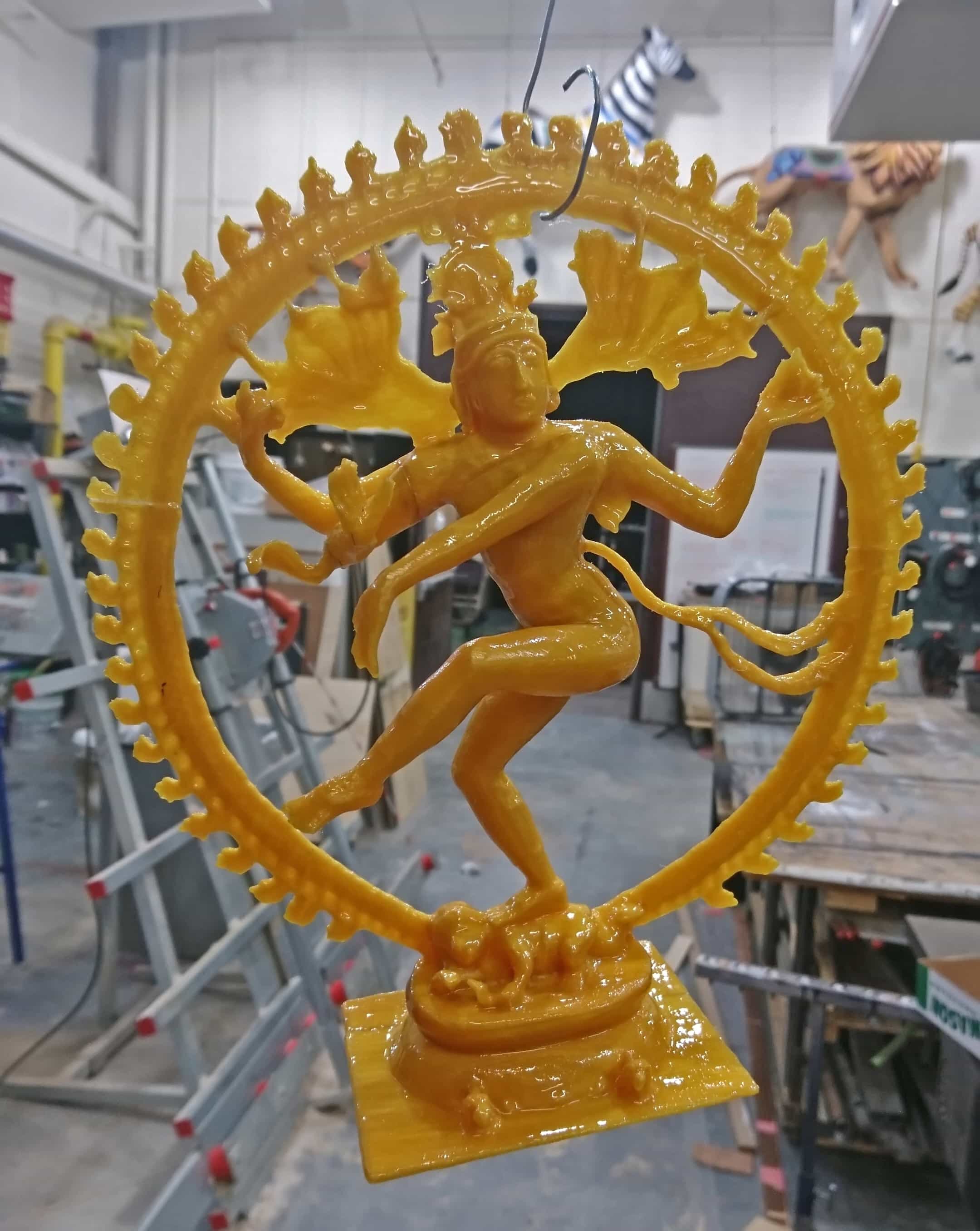 Parts were epoxied together and the seams were filed smooth 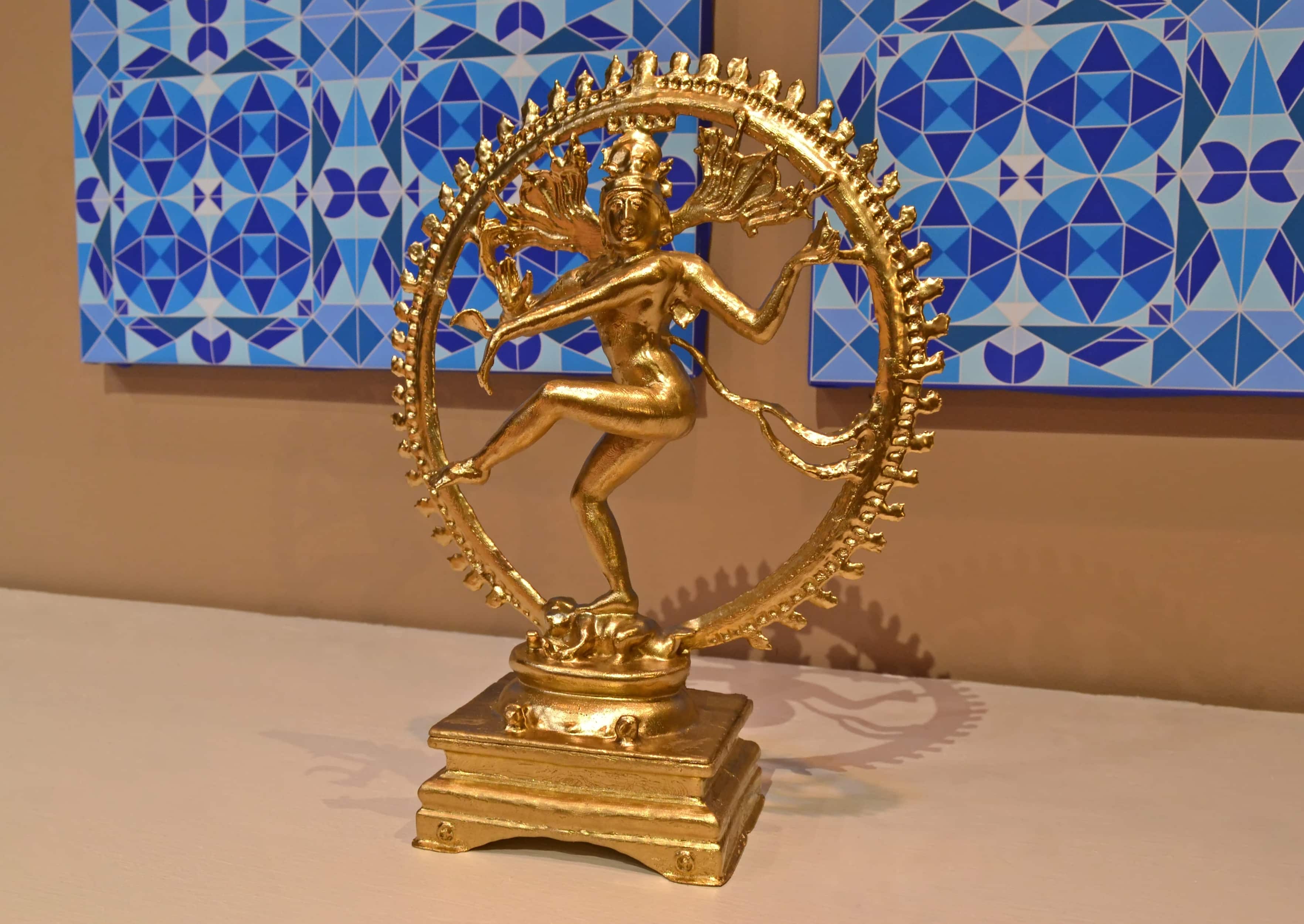 After a clear plastic primer, the finished sculpture was painted bright gold 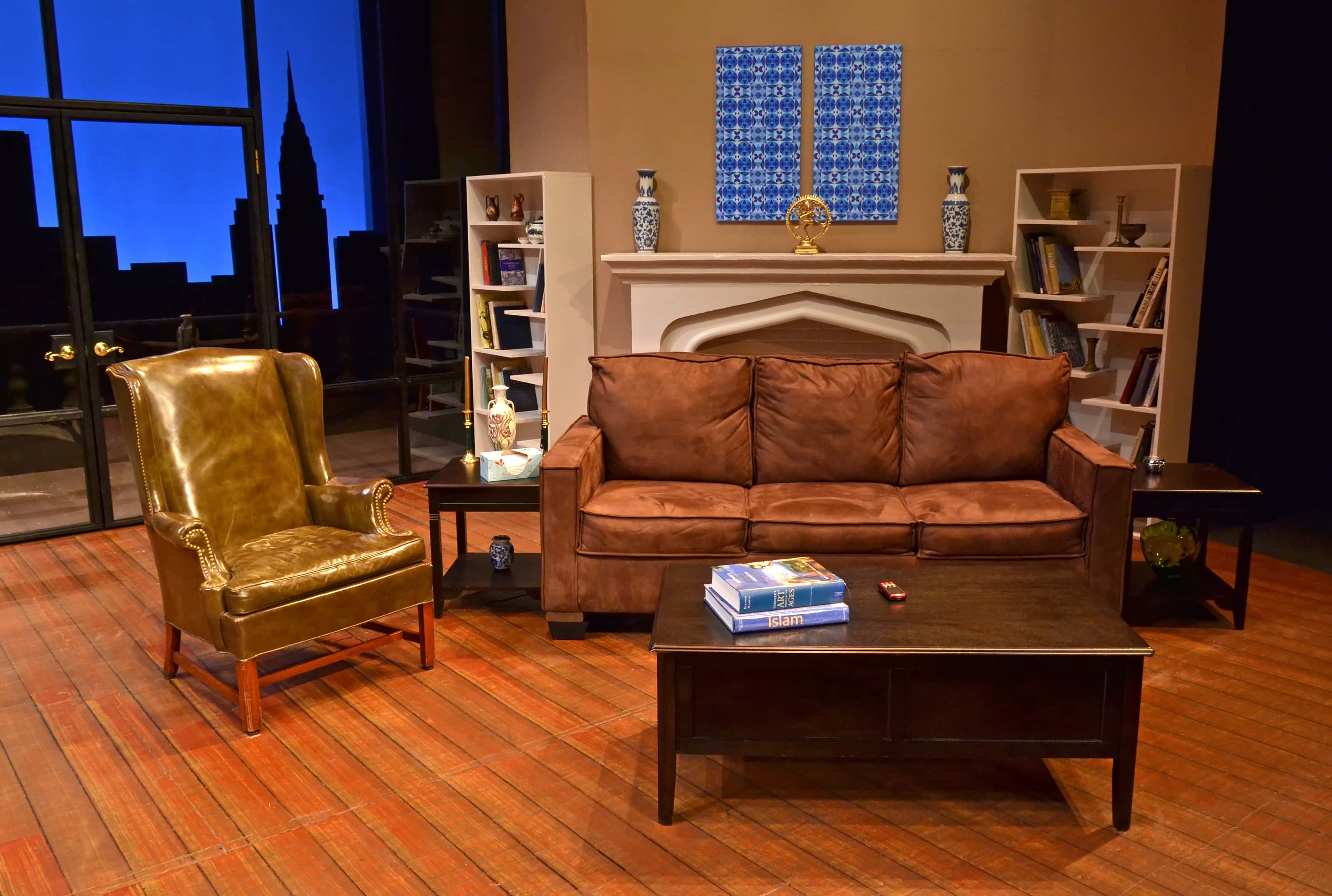 The finished sculpture on the set