The call for the iconic Phantom chandelier was answered with help from the entire Grenier family. To safely fly the chandelier, it was designed and fabricated to be strong and lightweight while still large enough for the 700-seat venue. The general concept of the rigging was to swing the chandelier up and down from the ceiling using a two-leg bridle with one adjustable leg. The fixed leg of the bridle was split into two separate cables to stabilize the chandelier during flight.

Since its debut, the chandelier has remained available for sale or rent. During a 2012 rental to Archbishop Stepinac High School, the chandelier reached global audiences by appearing on the A&E television series Shipping Wars. See Season 2, Episode 4, One Crystal Short of a Geode.

The information shared about this project is incomplete and not intended to be instructional. Attempting to replicate this project could result in serious injury. 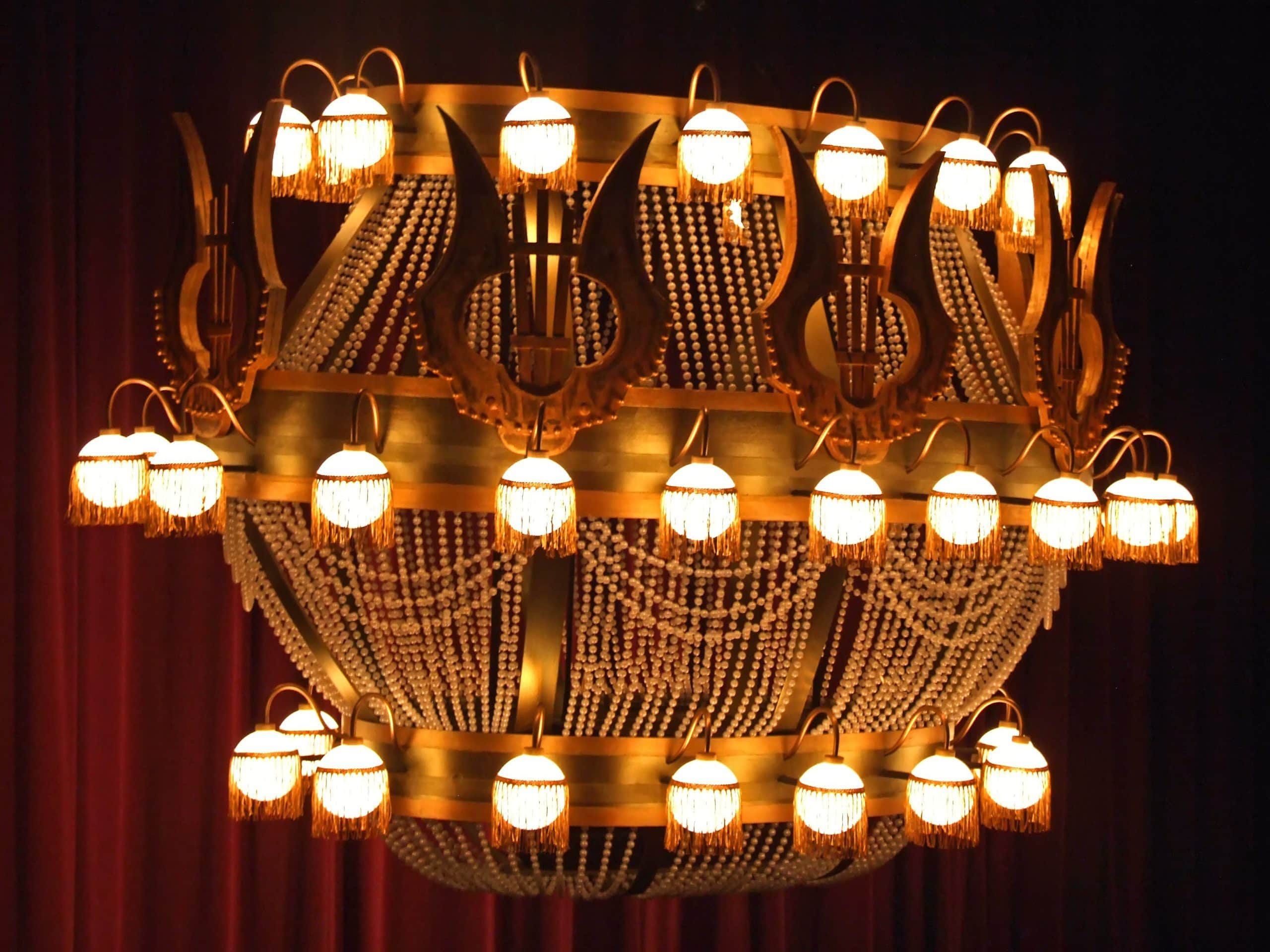 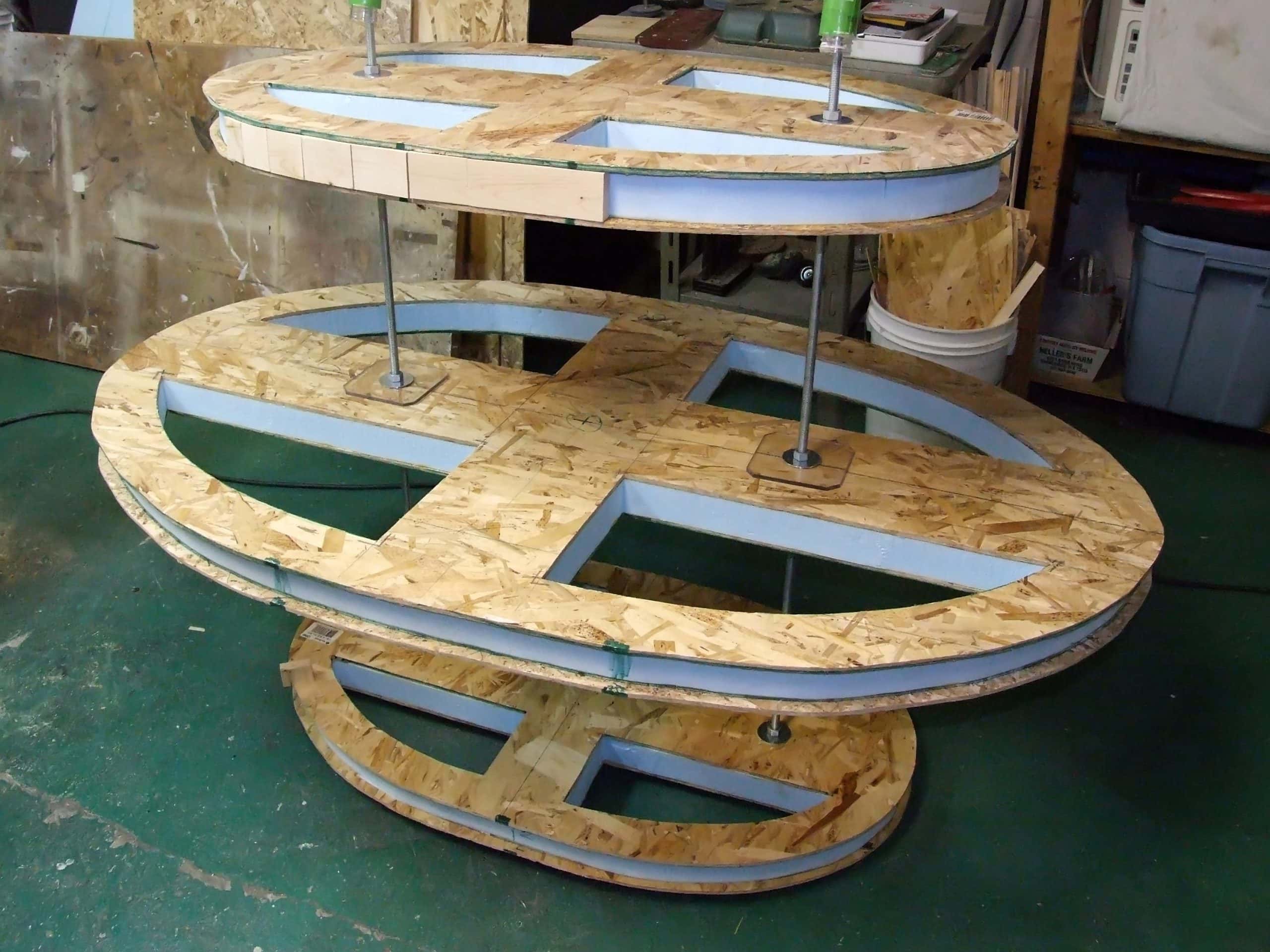 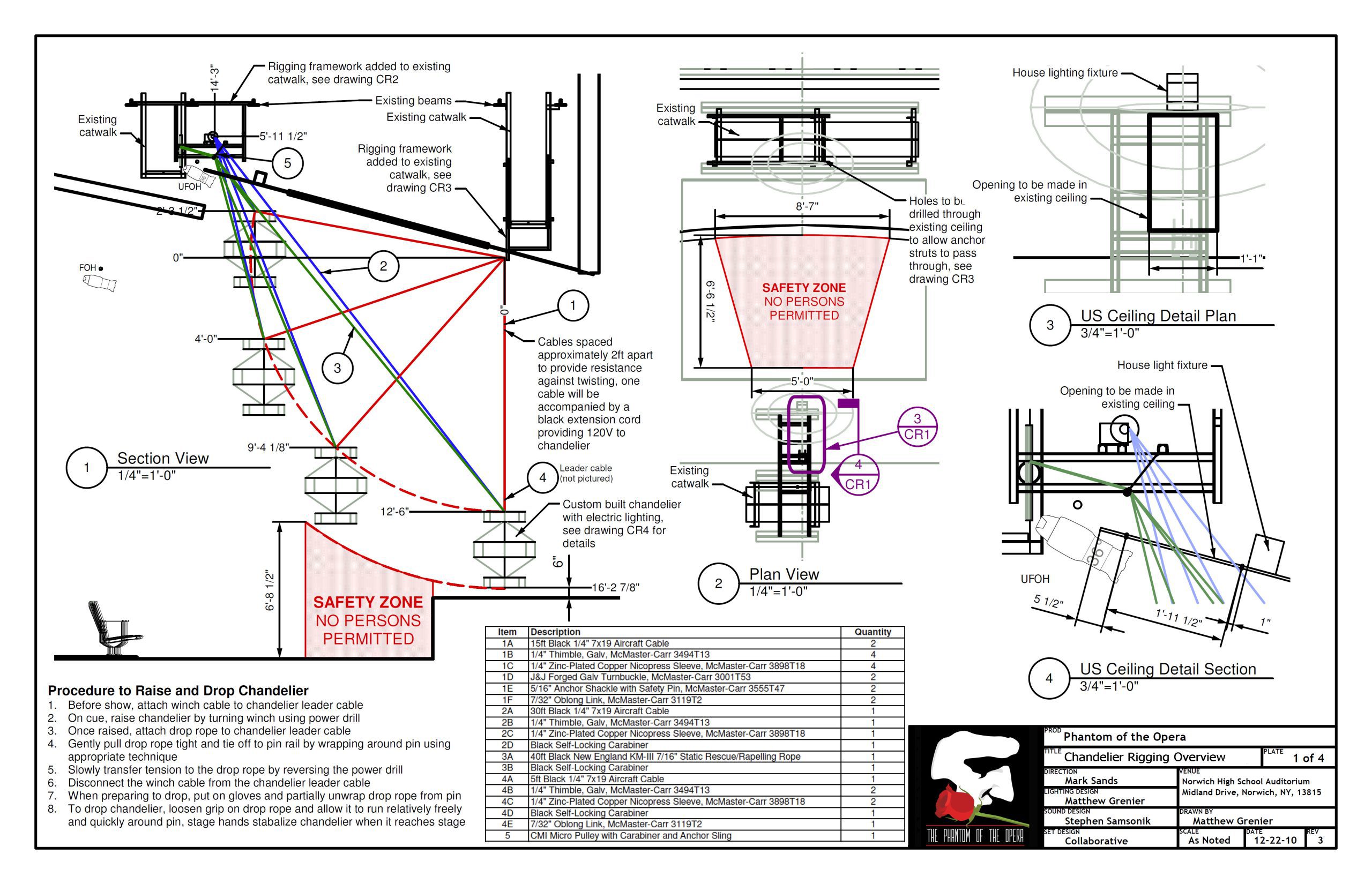 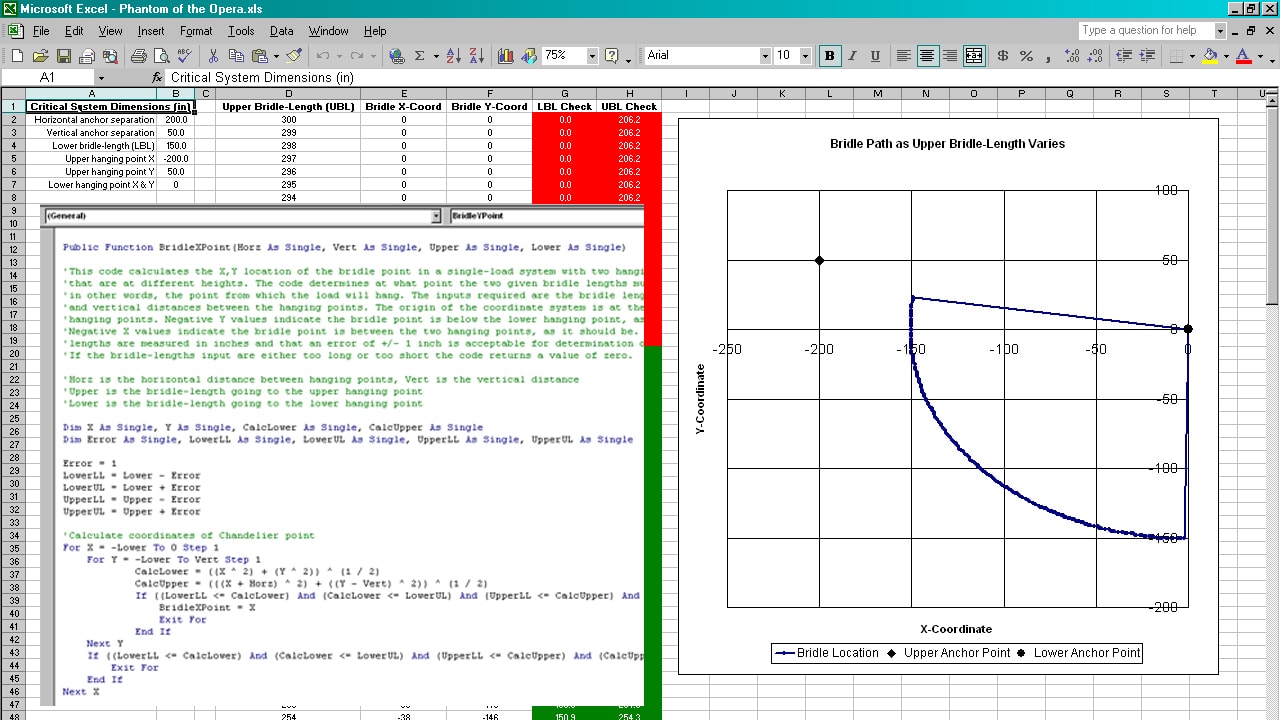 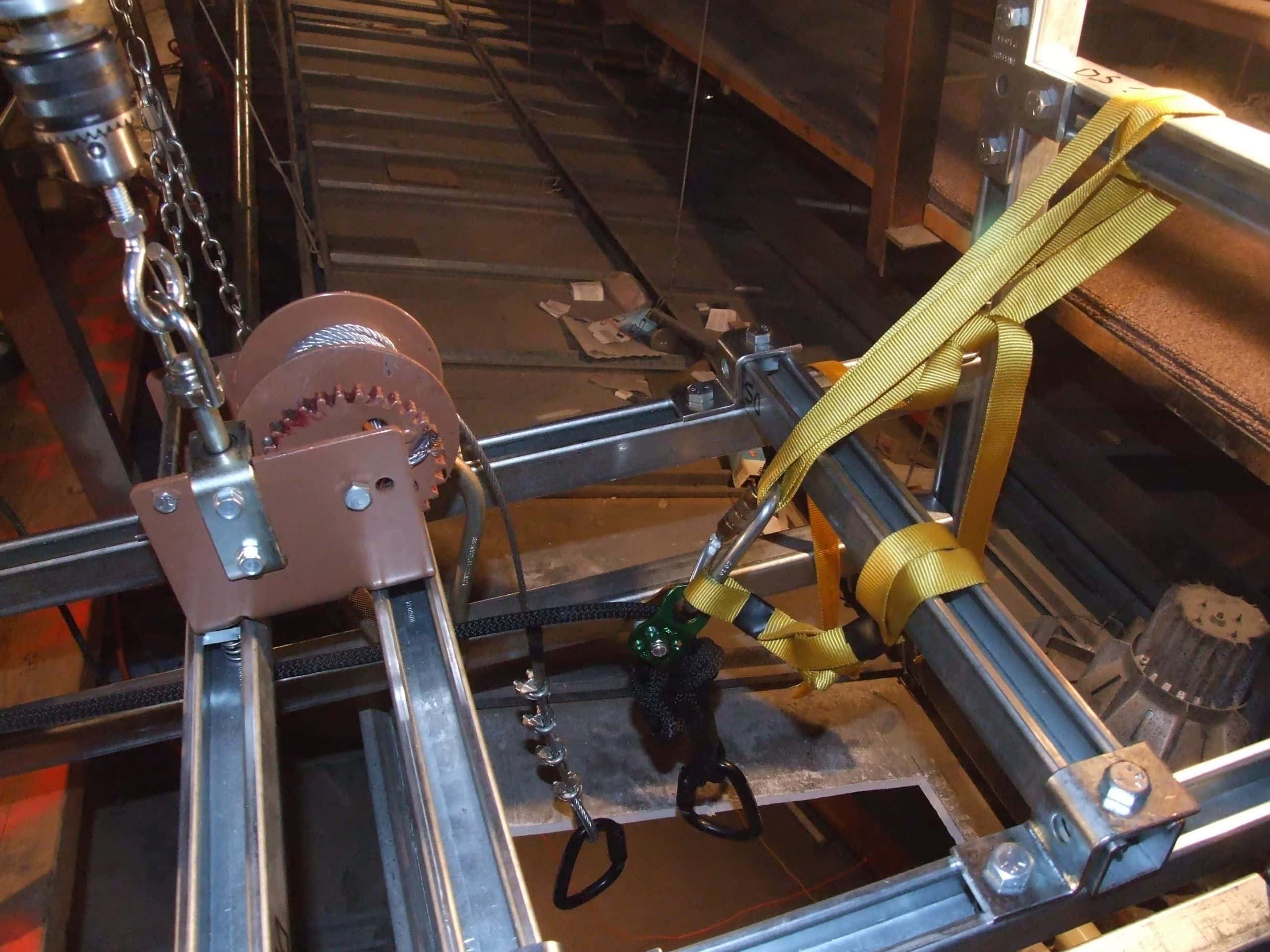 A worm gear winch was chosen to lift the chandelier due to its load-holding characteristics, which necessitated operation by a high-speed electric drill. 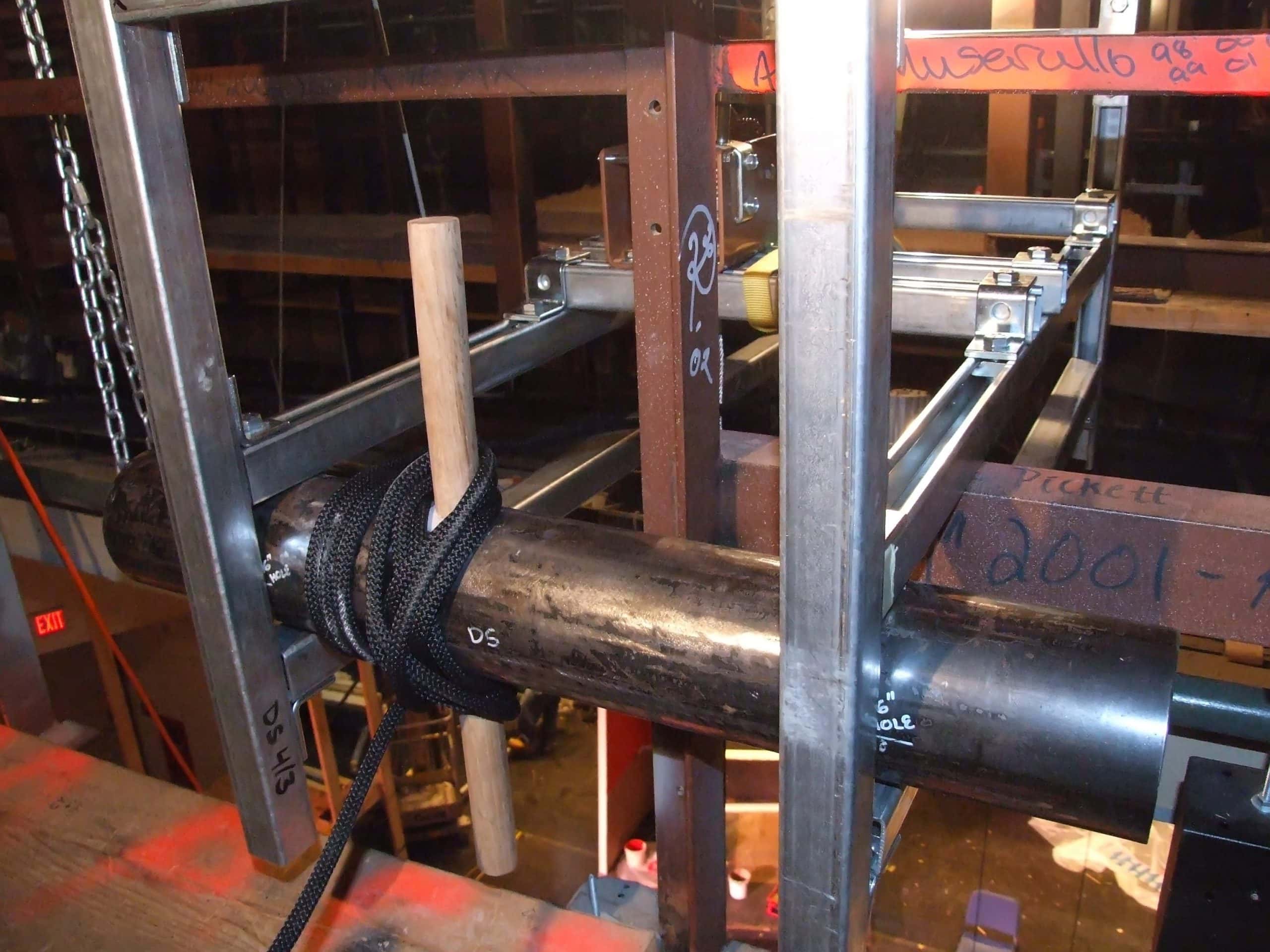 Through step-by-step training and repeated practice, a gloved operator used KM-III static rope wrapped around a steel drum to belay the chandelier to the stage for the drop. 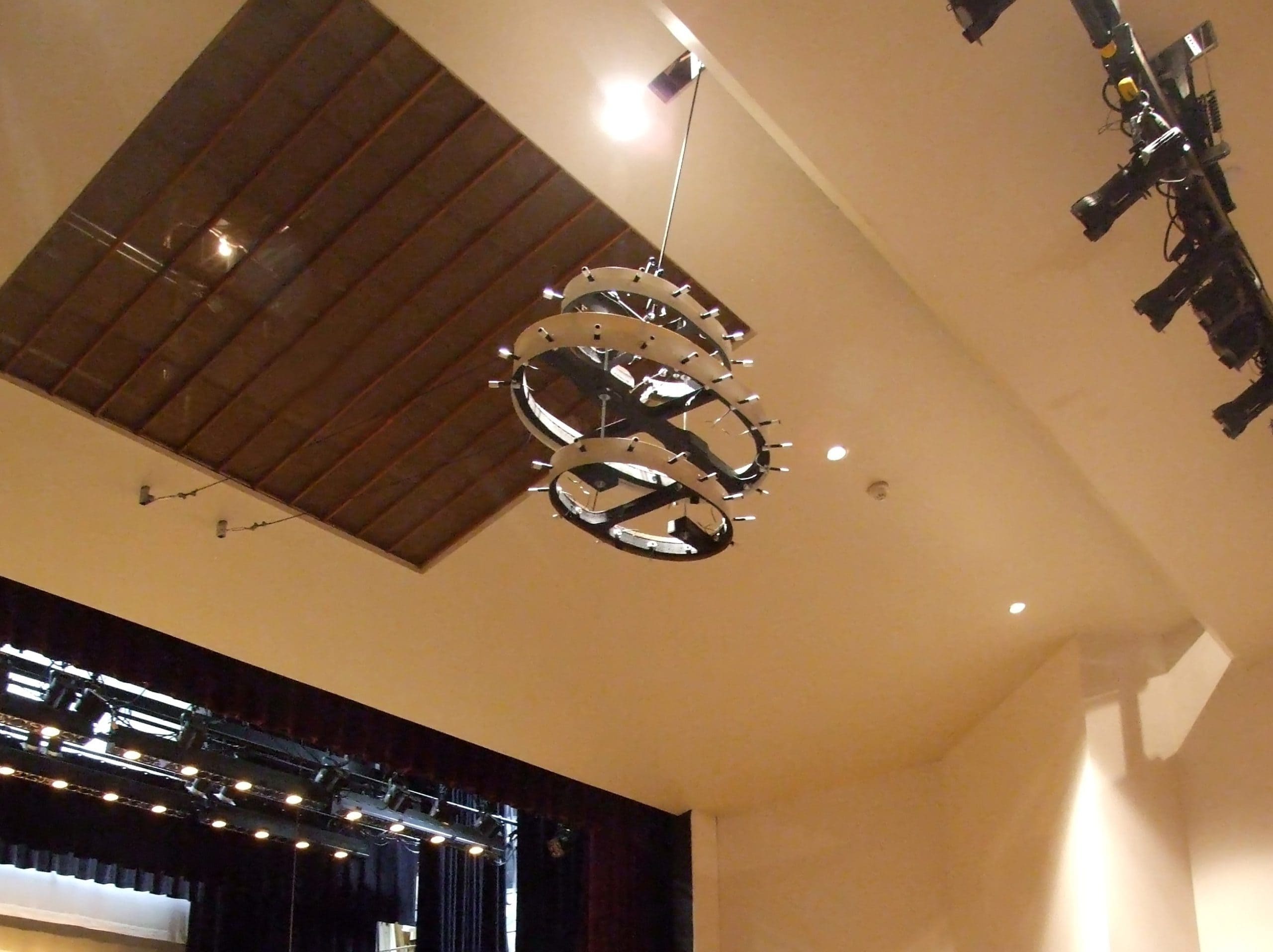 Flight tests were conducted before paint and final decoration 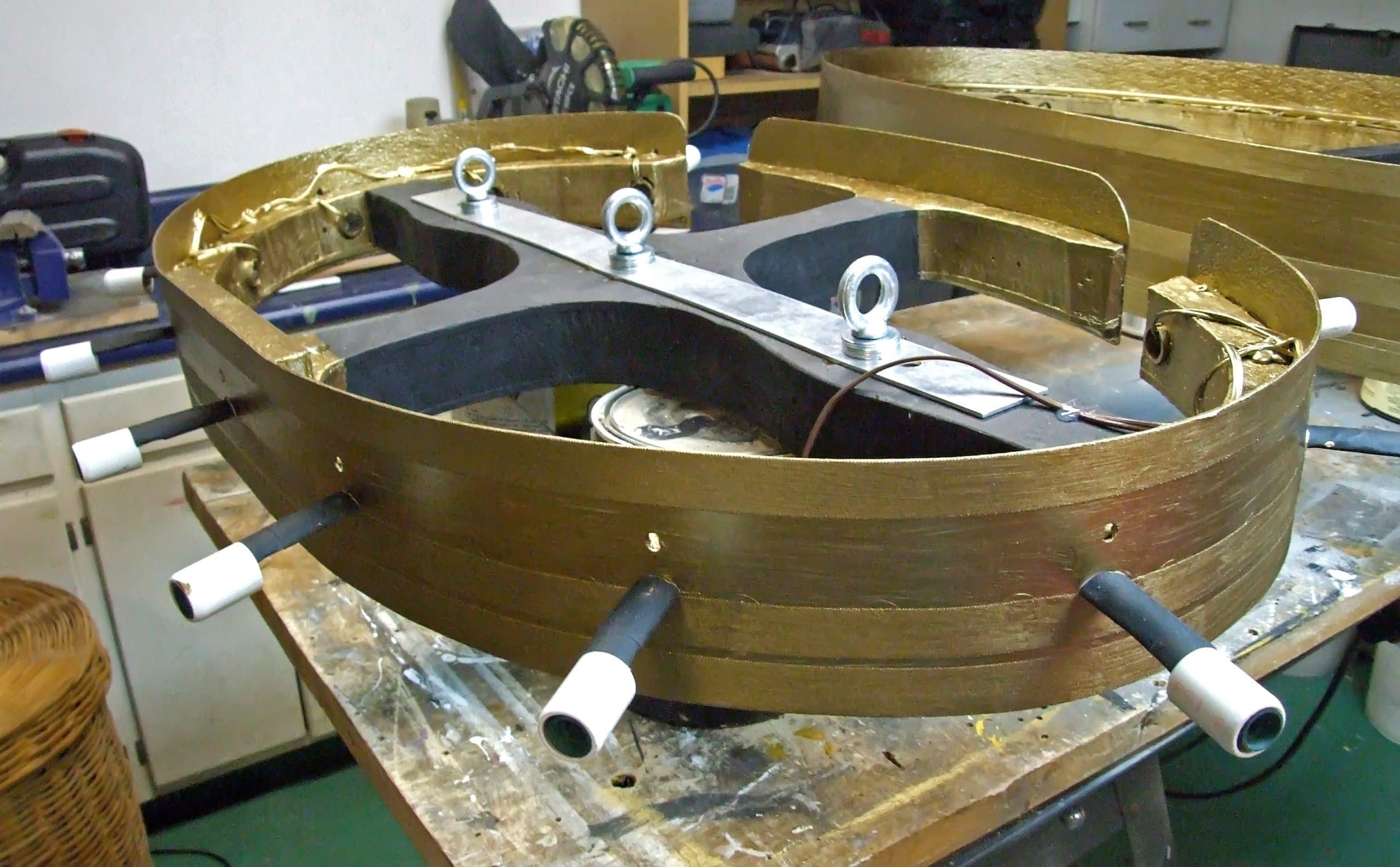 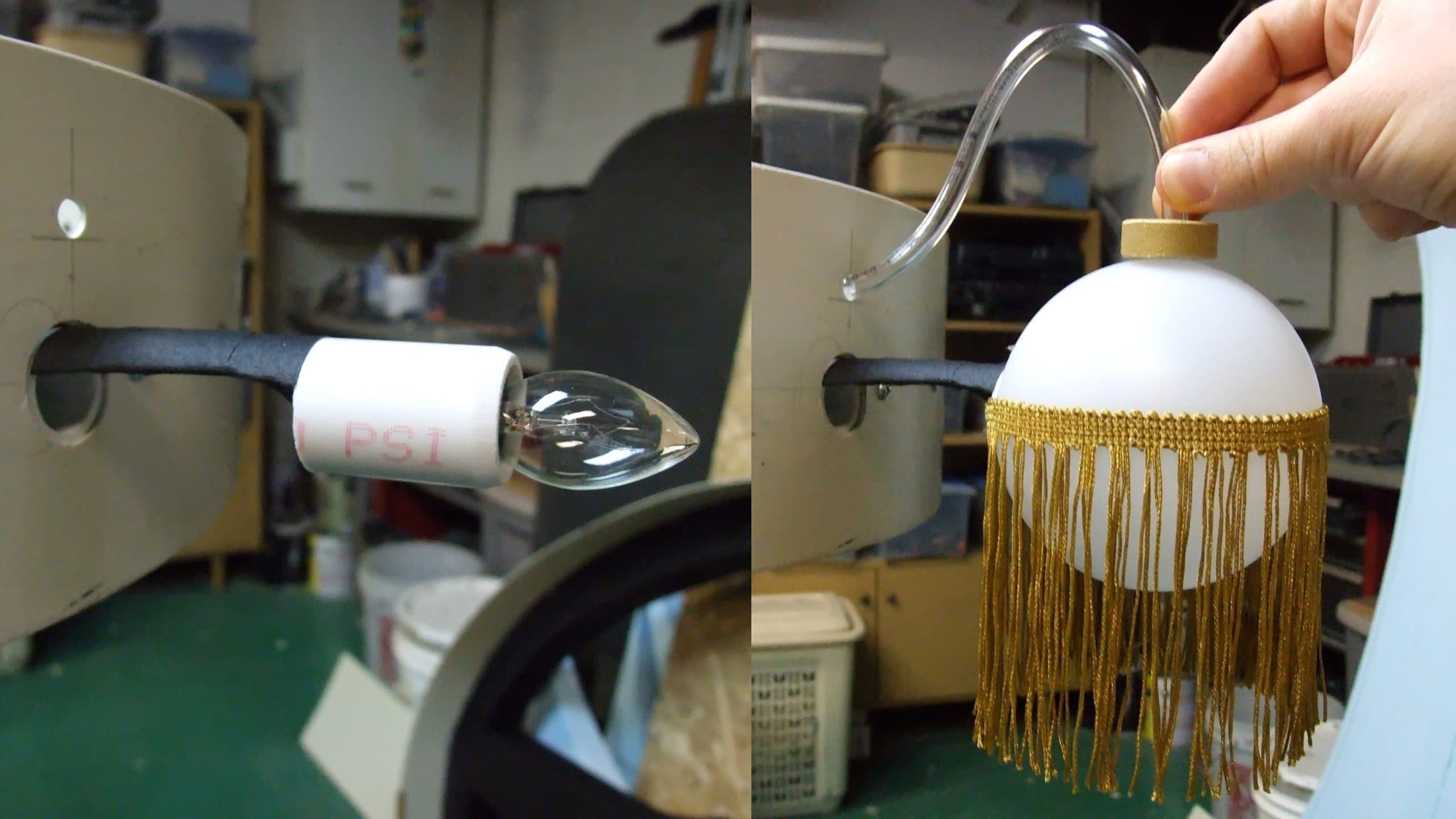 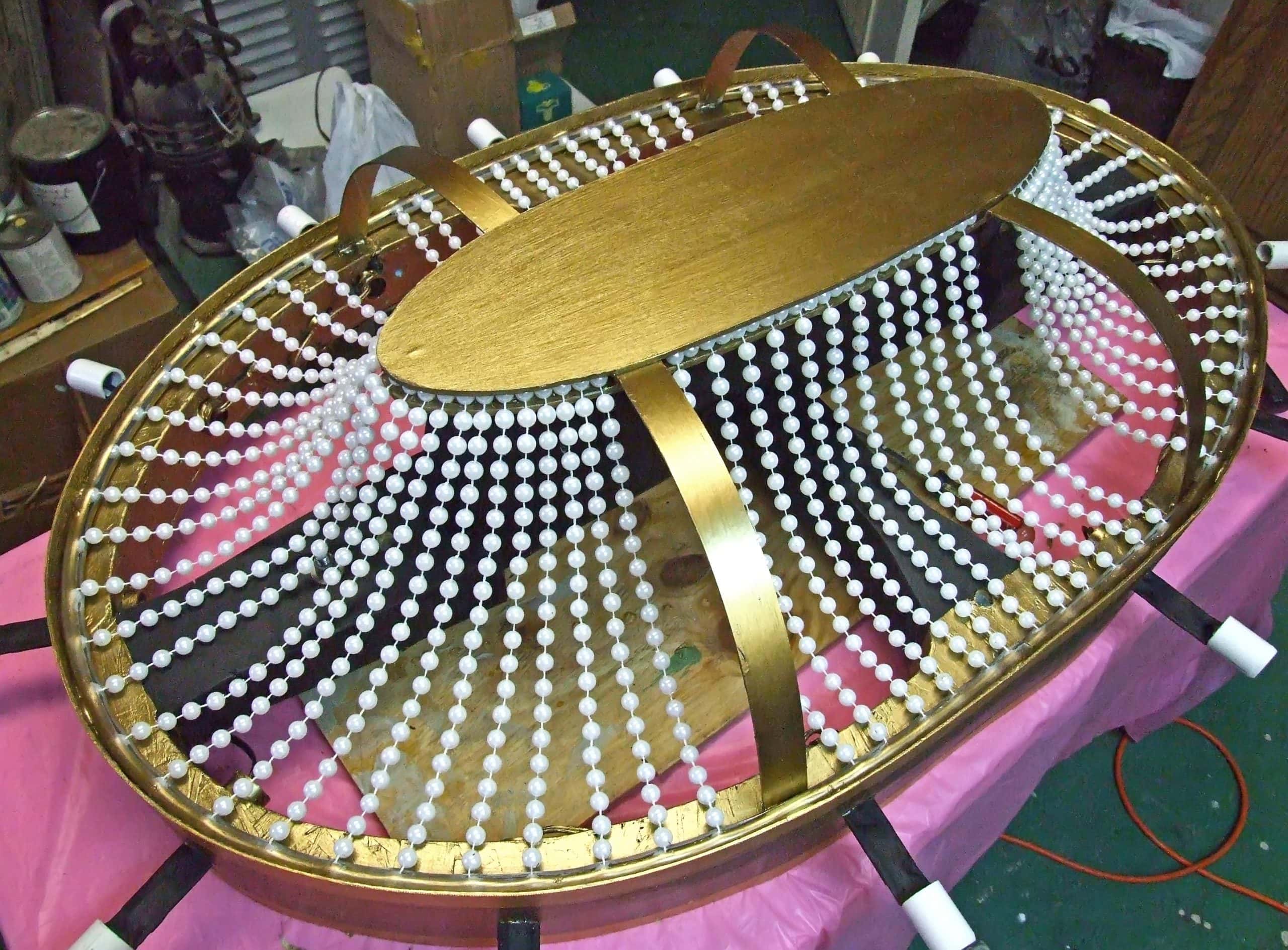 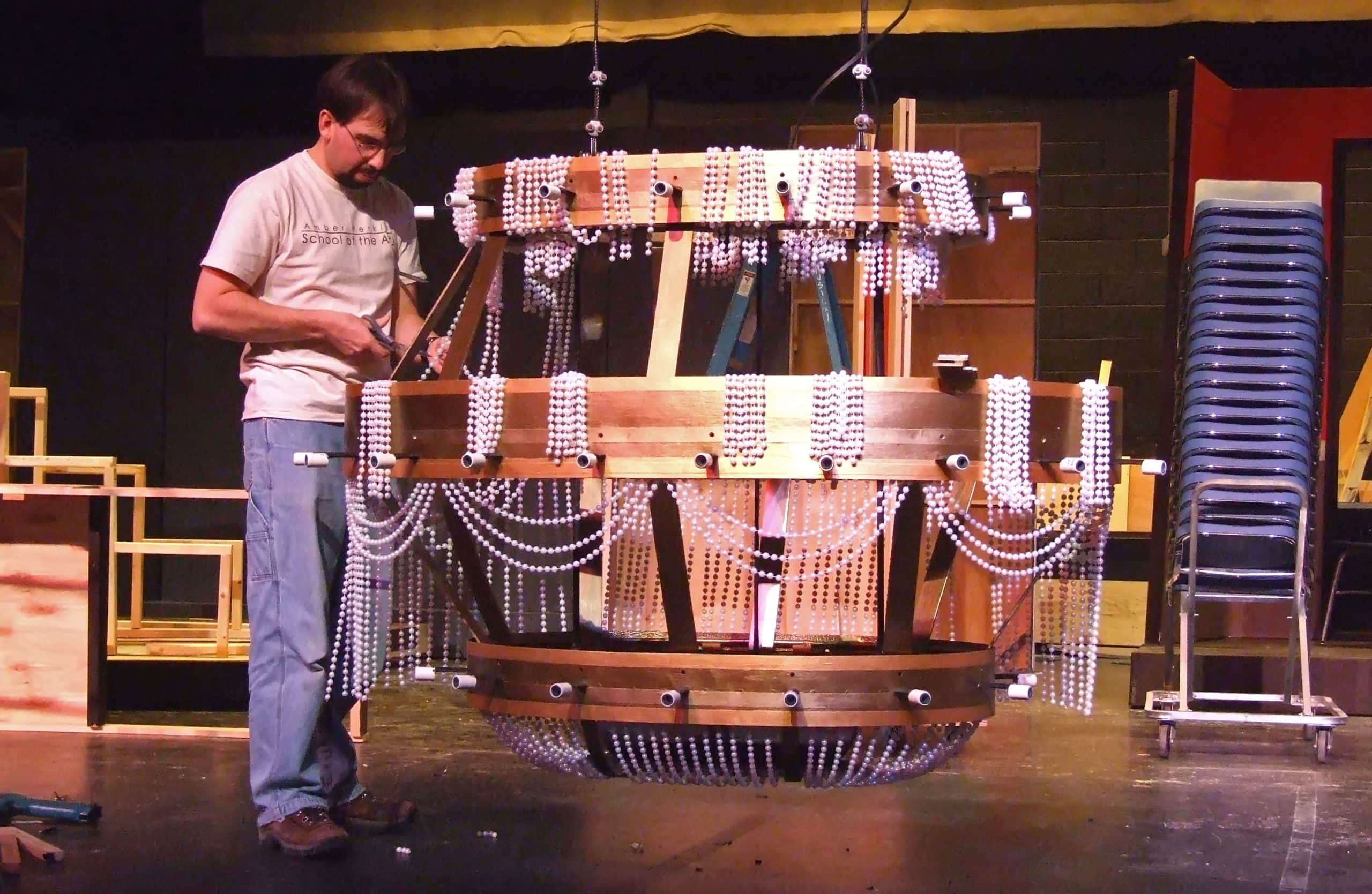 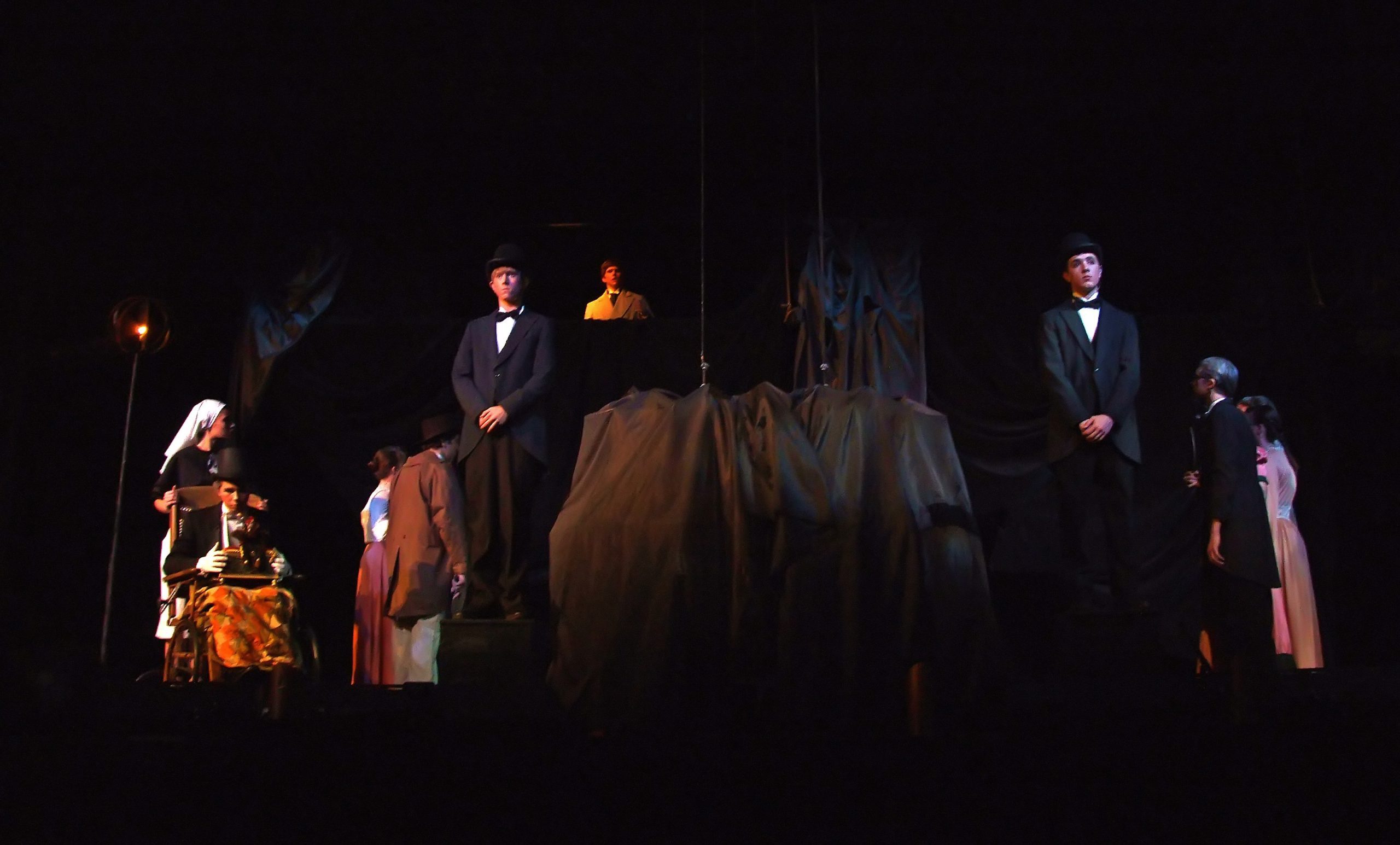 Covered during the prologue 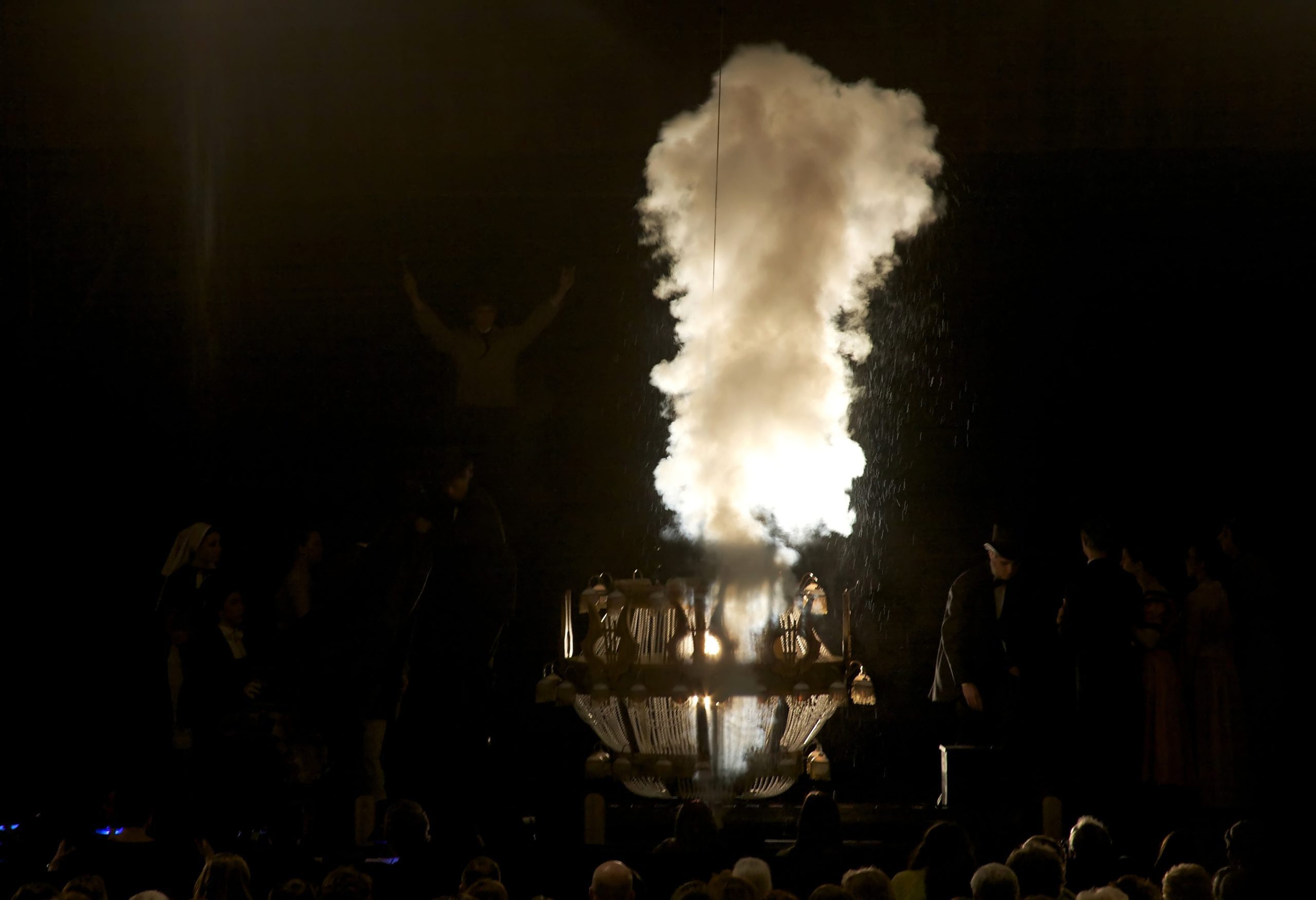 The reveal at the start of the overture 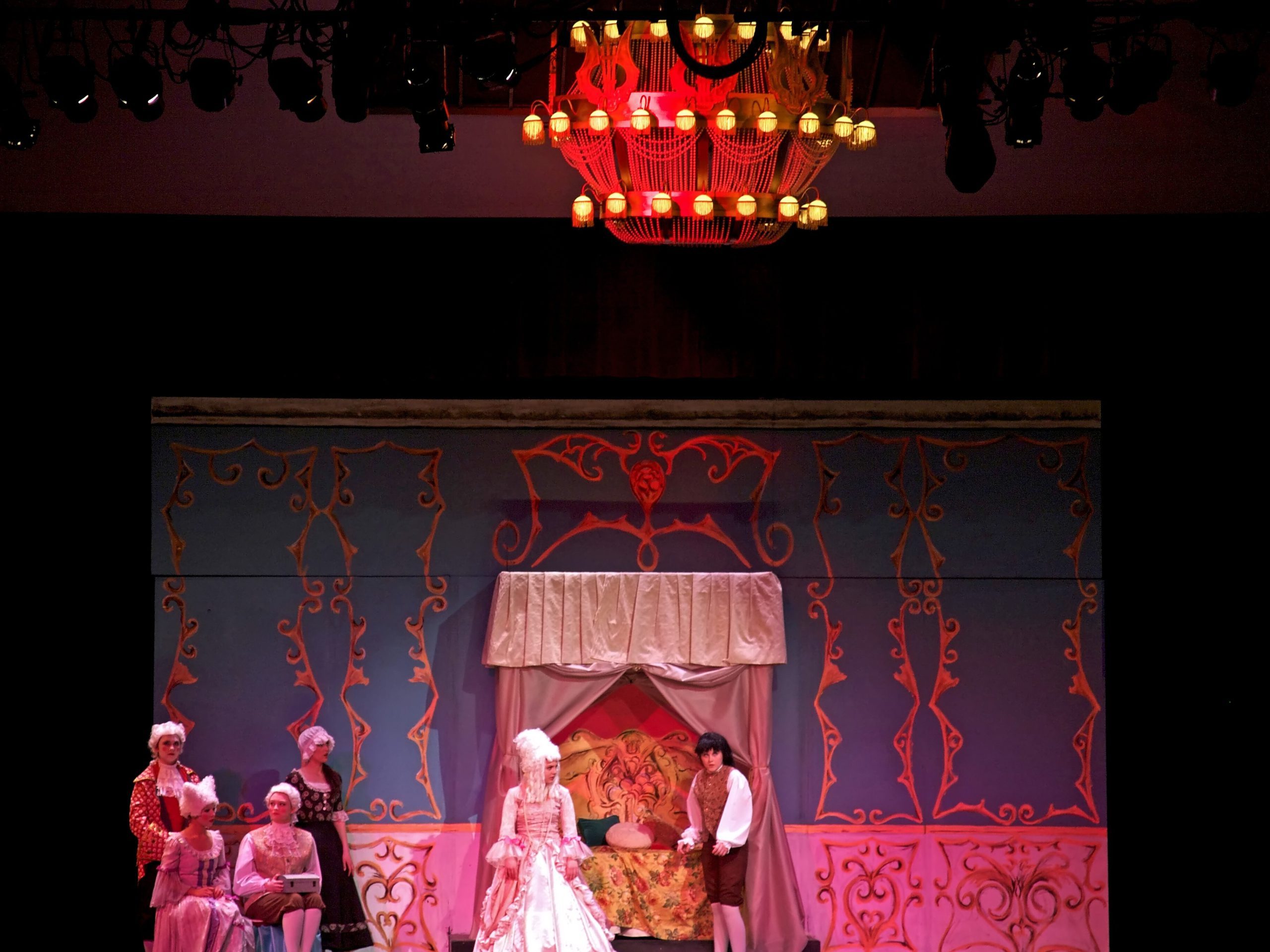 The Phantom threatens the cast during Il Muto 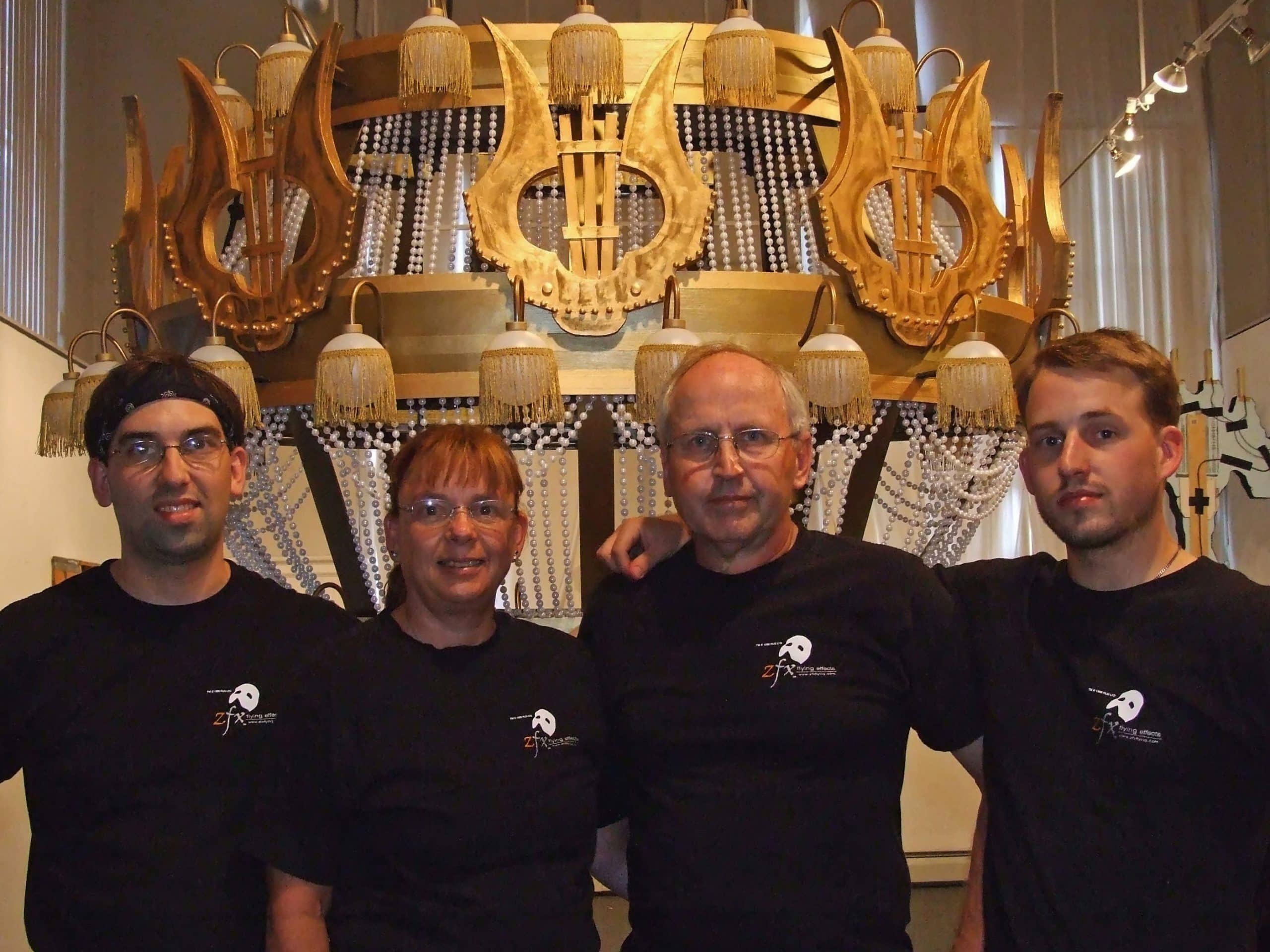 A video of the chandelier taking flight!
Previous Project
Next Project