This DIY turntable drive, nick-named the “Revolvatron,” was created for a production of Rodgers & Hammerstein’s musical Carousel. A car tire served as a drive “pulley” for a seamless loop of wire rope, which wrapped around the perimeter of the turntable functioning as a drive “belt.” 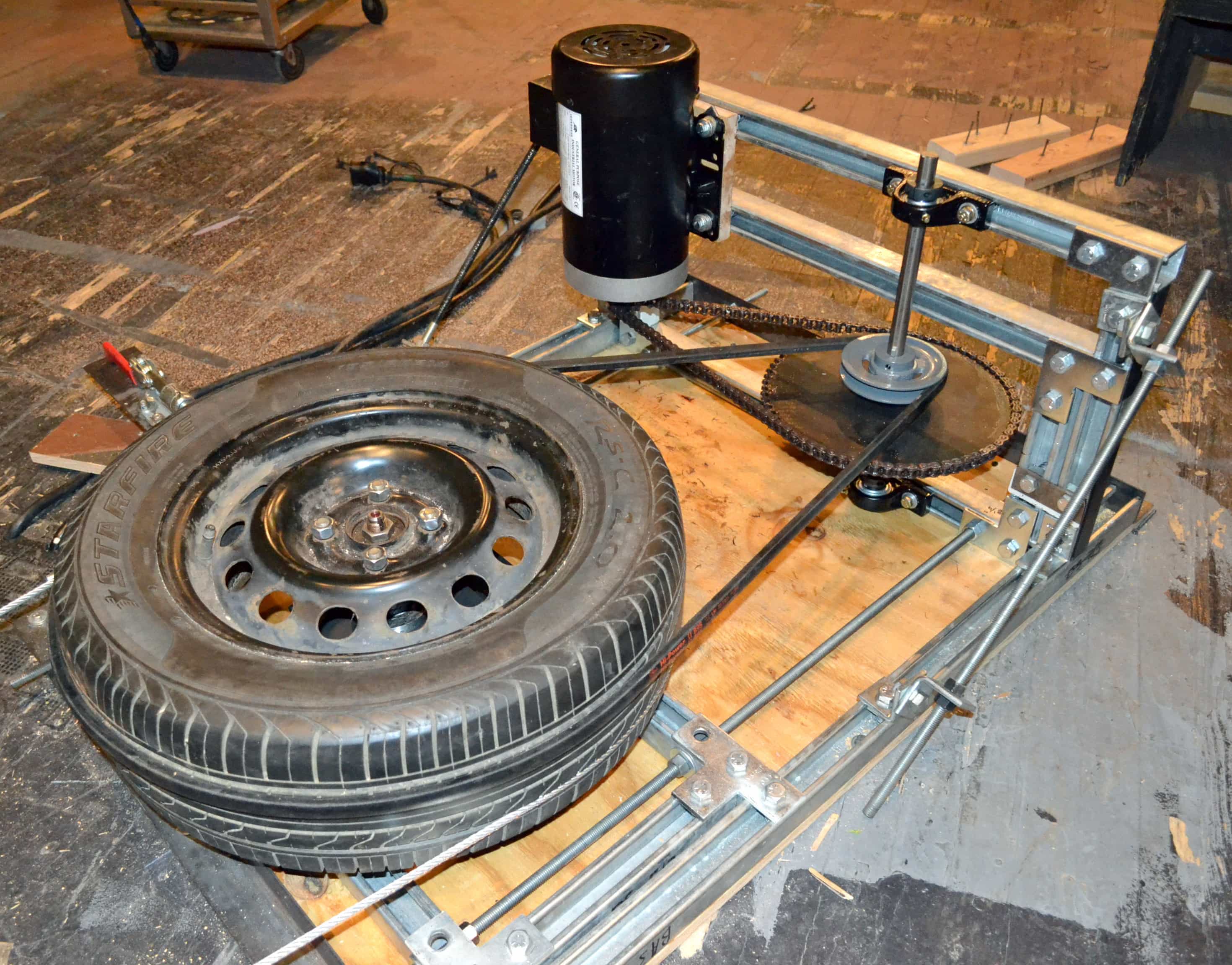 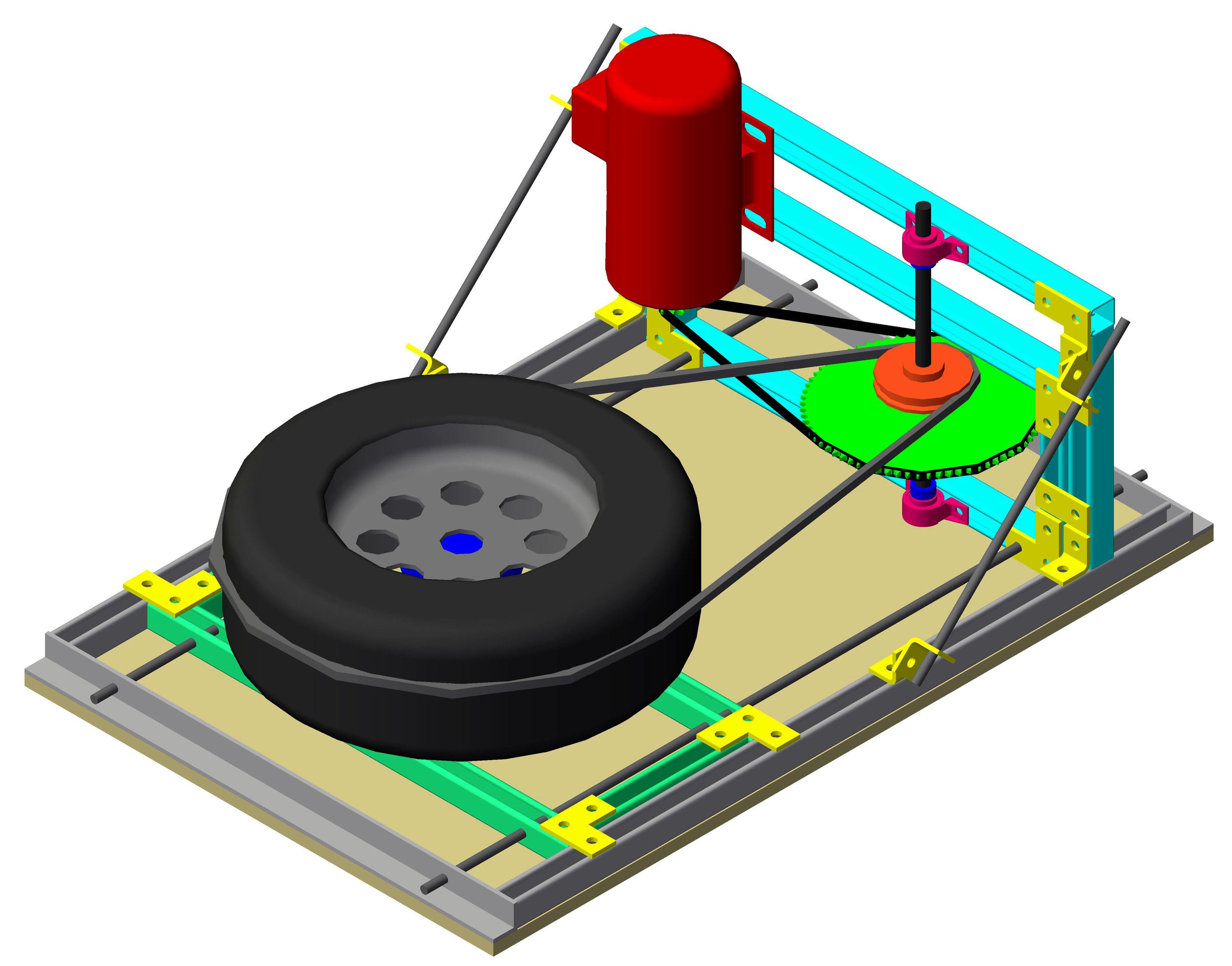 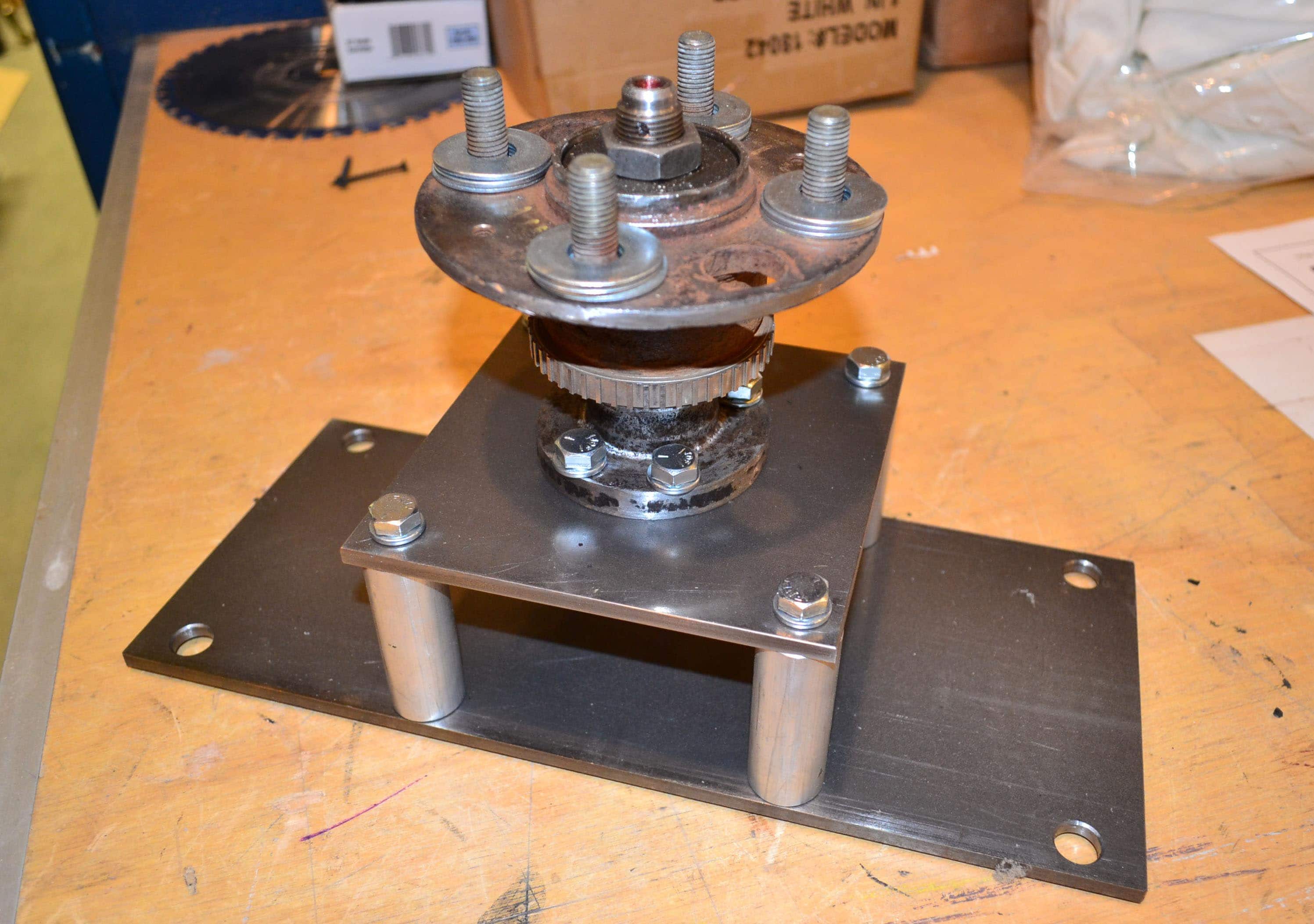 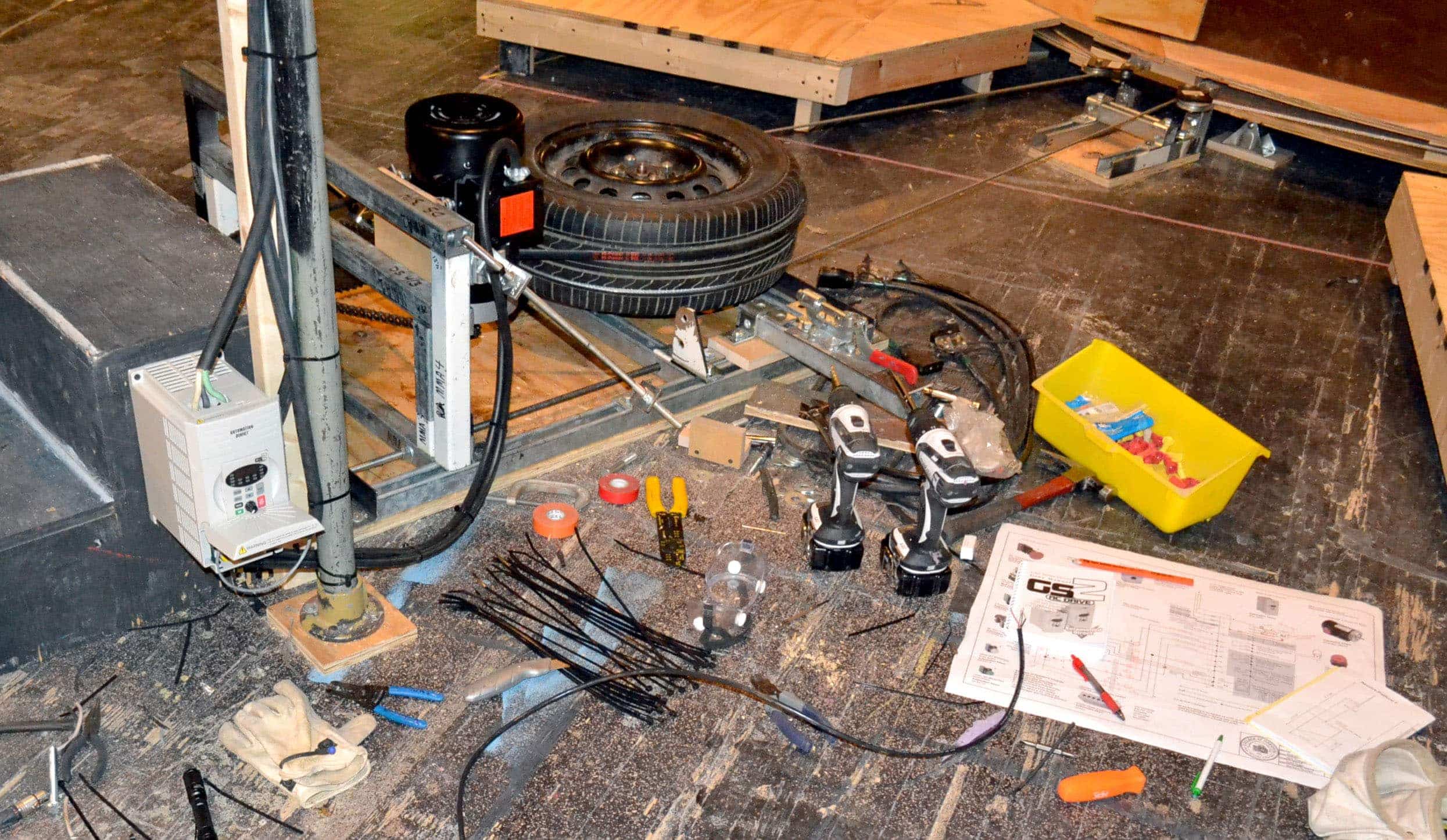 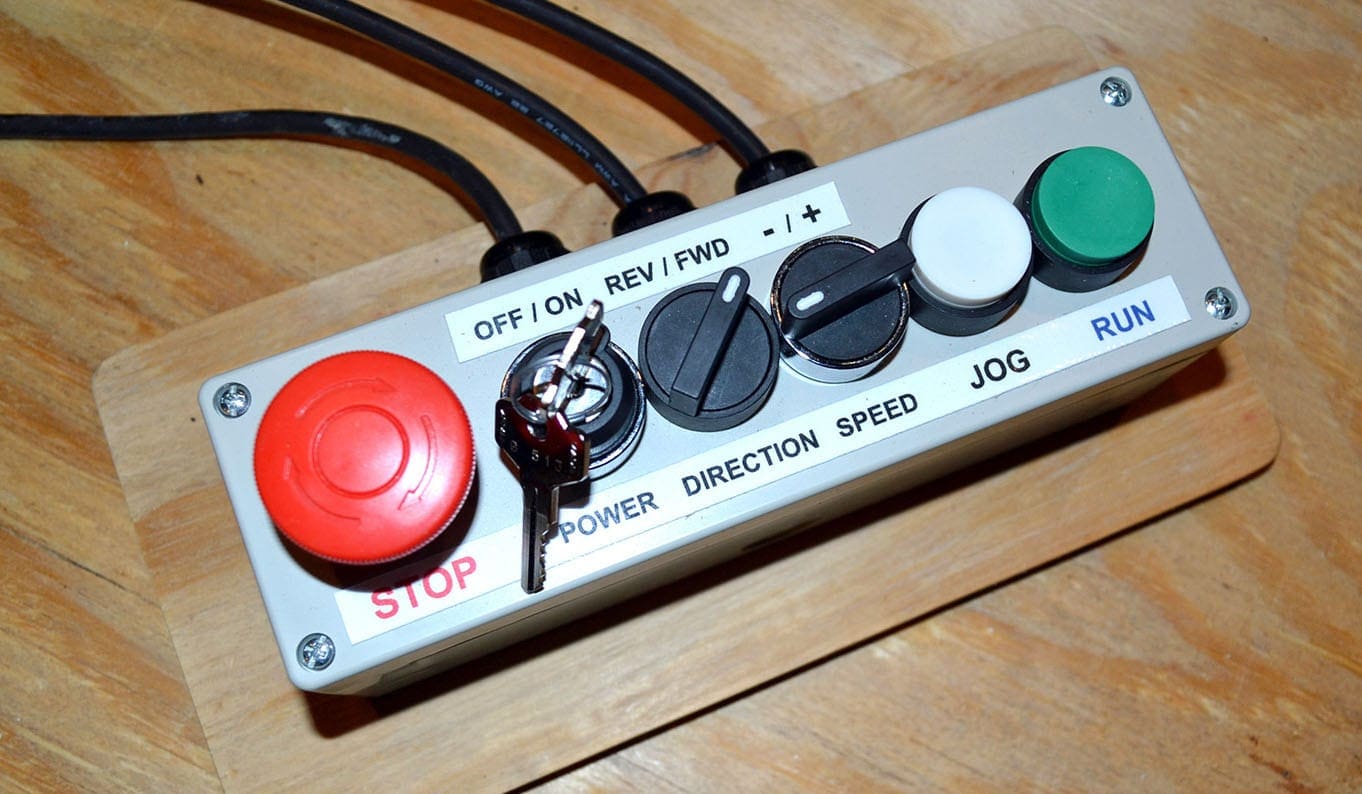 Operator's controls; a second E-stop was provided for a safety spotter also 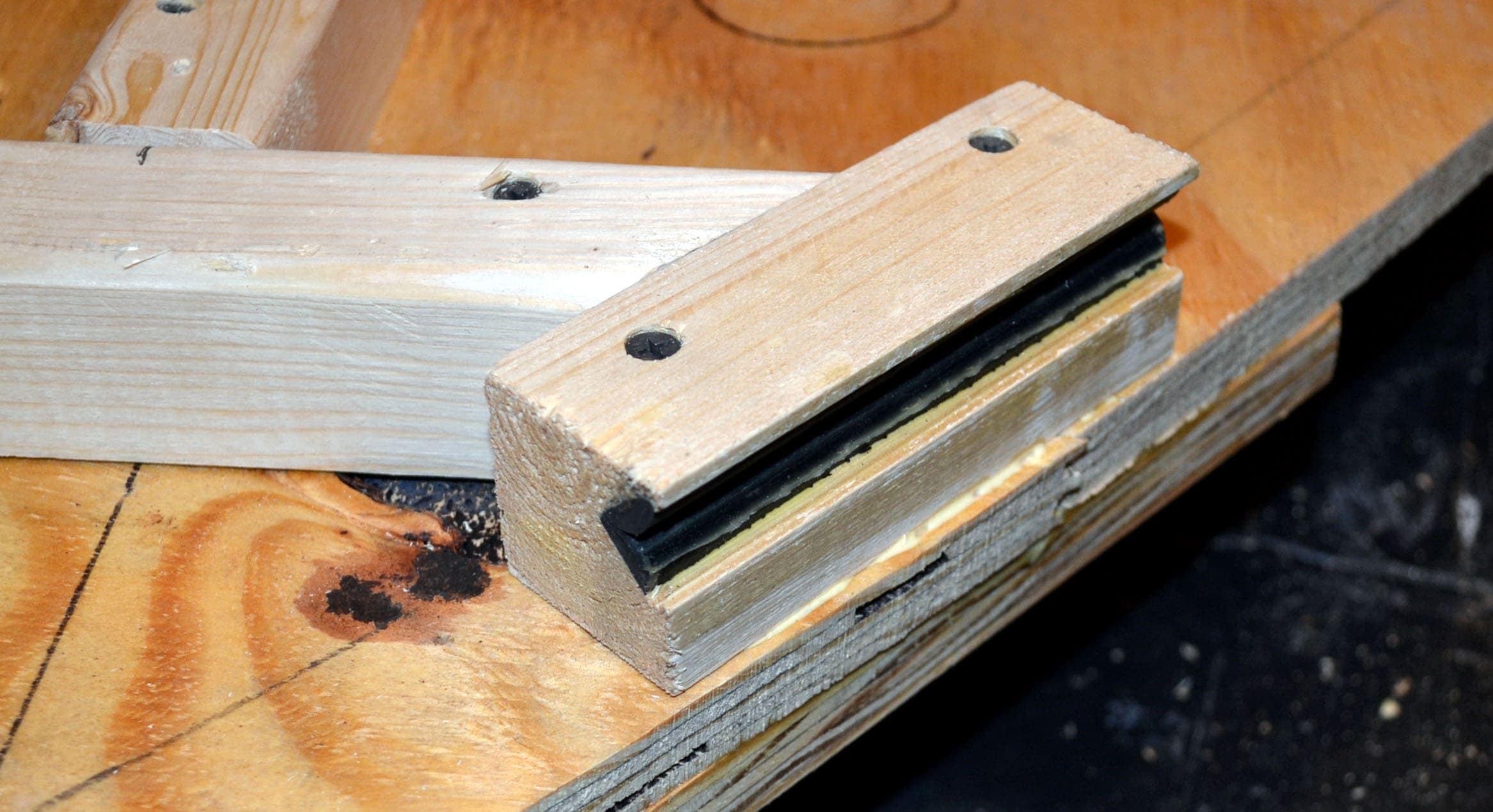 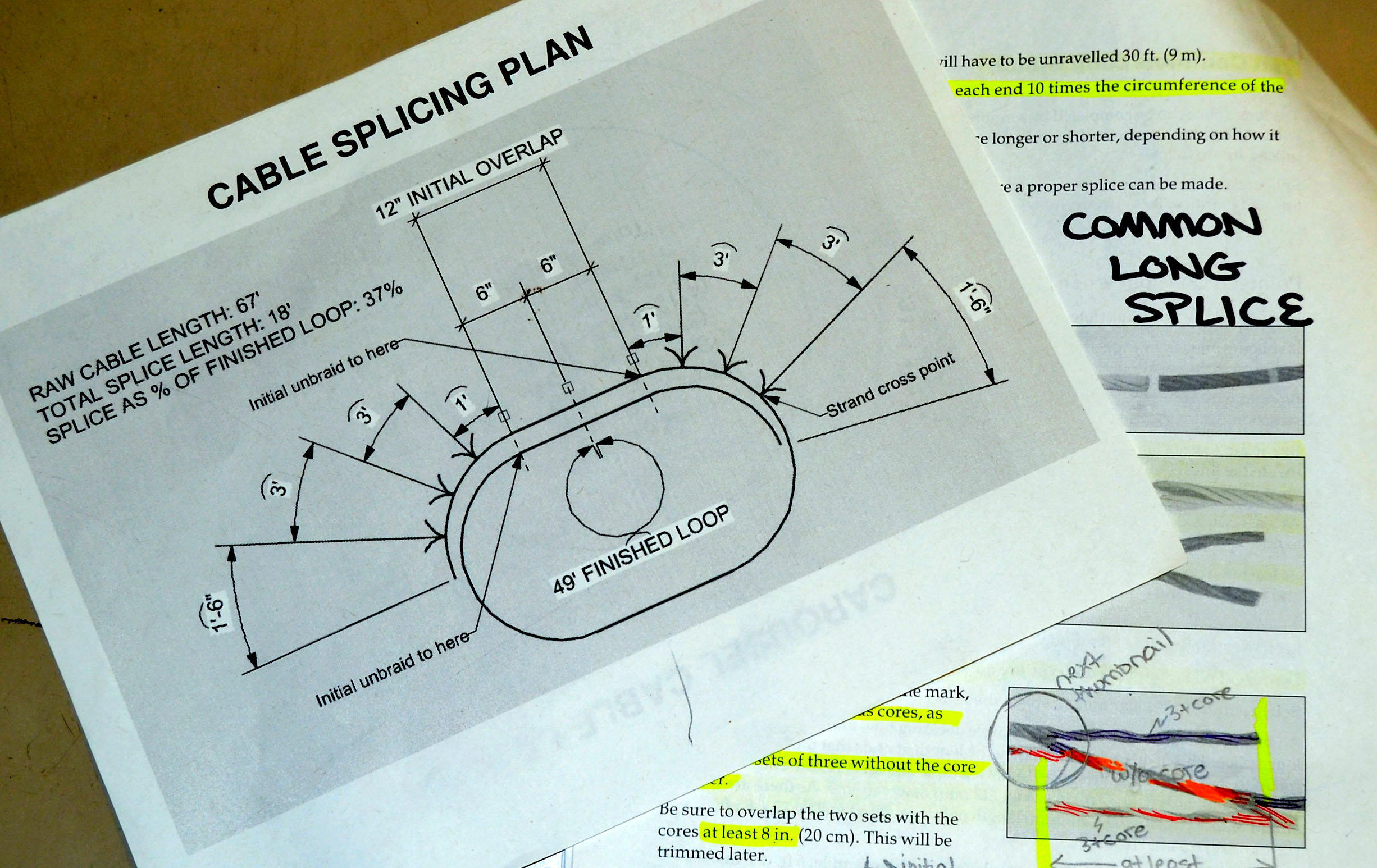 A seamless loop of wire rope was needed for smooth operation 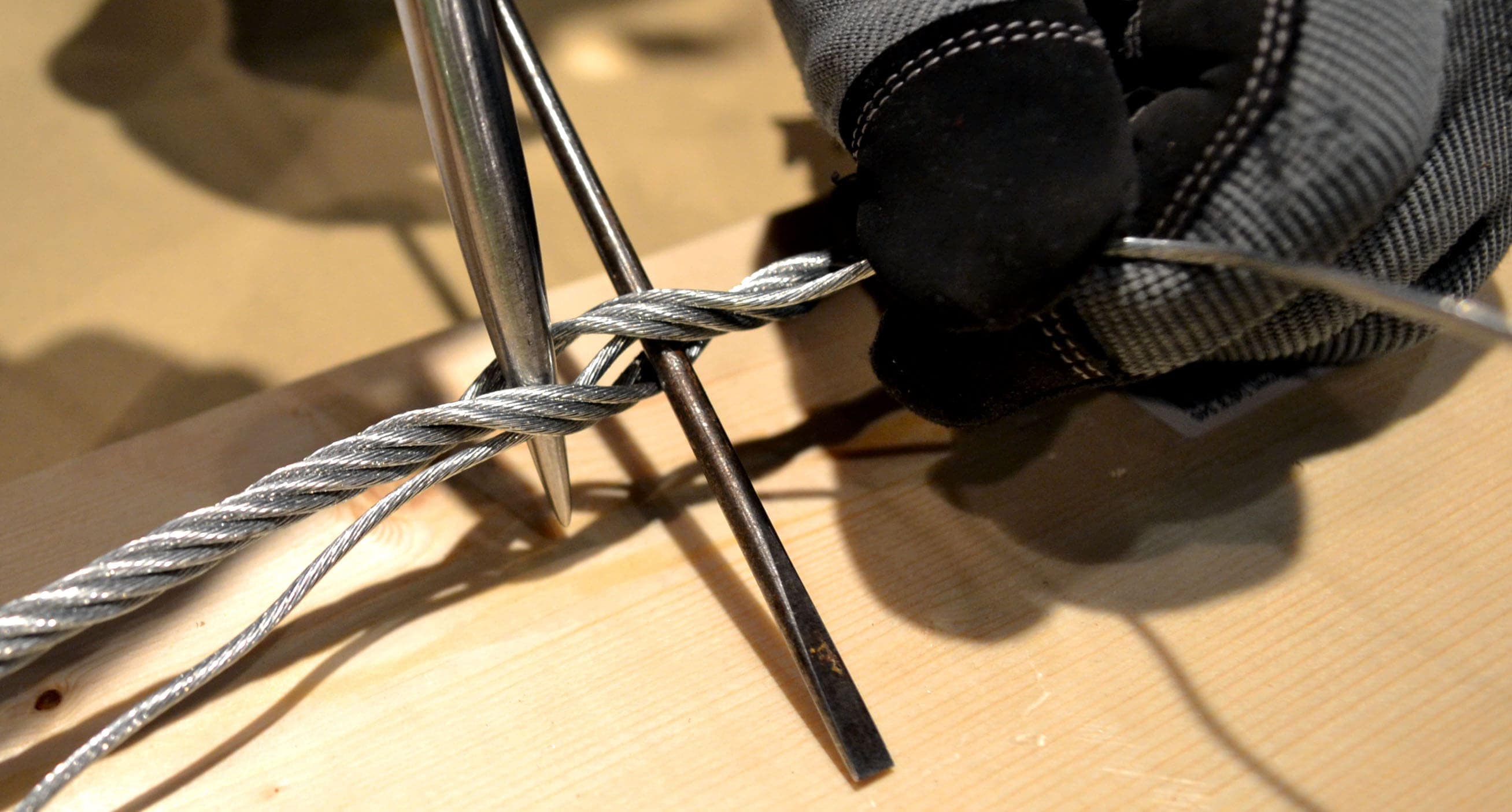 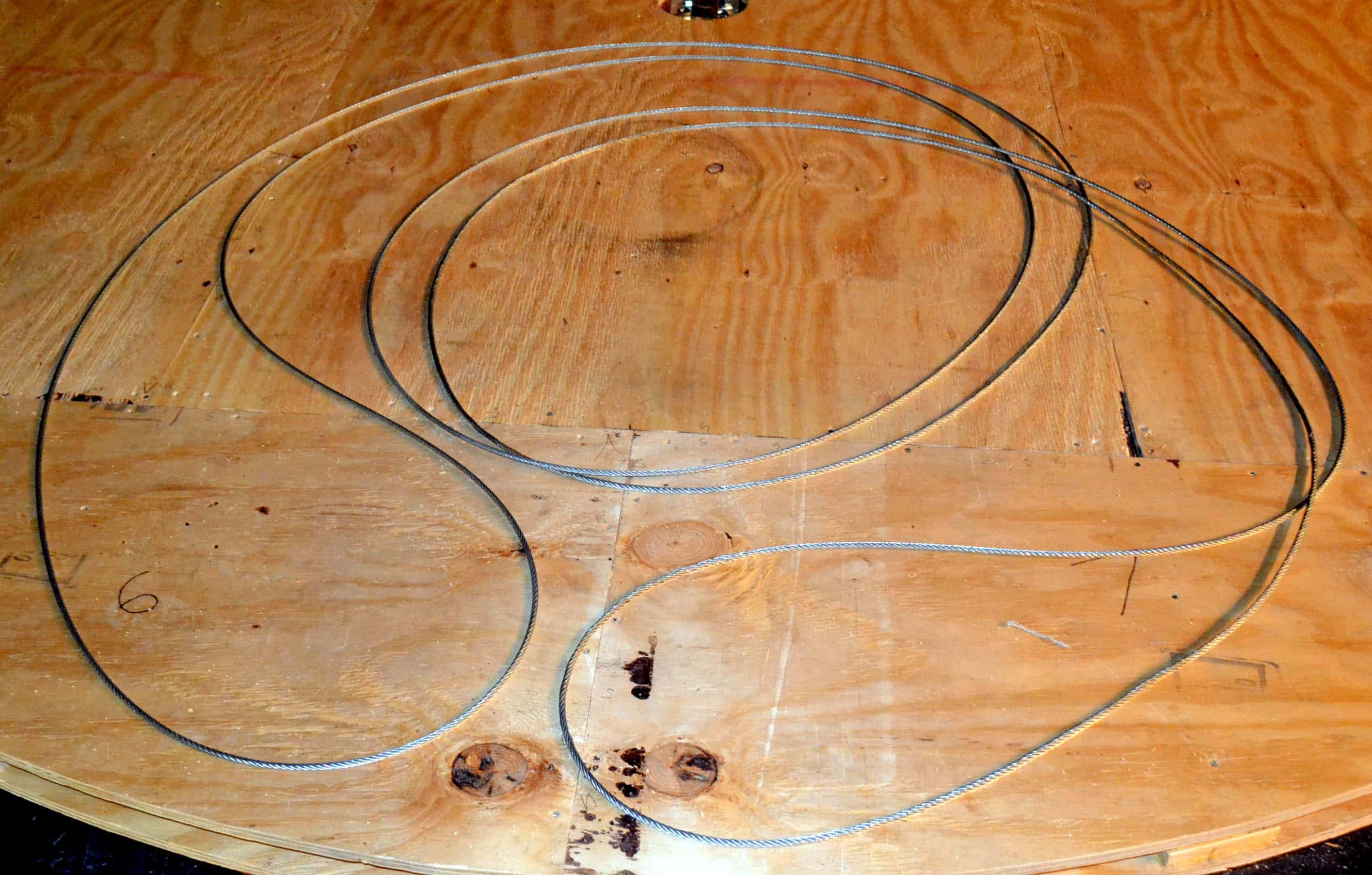 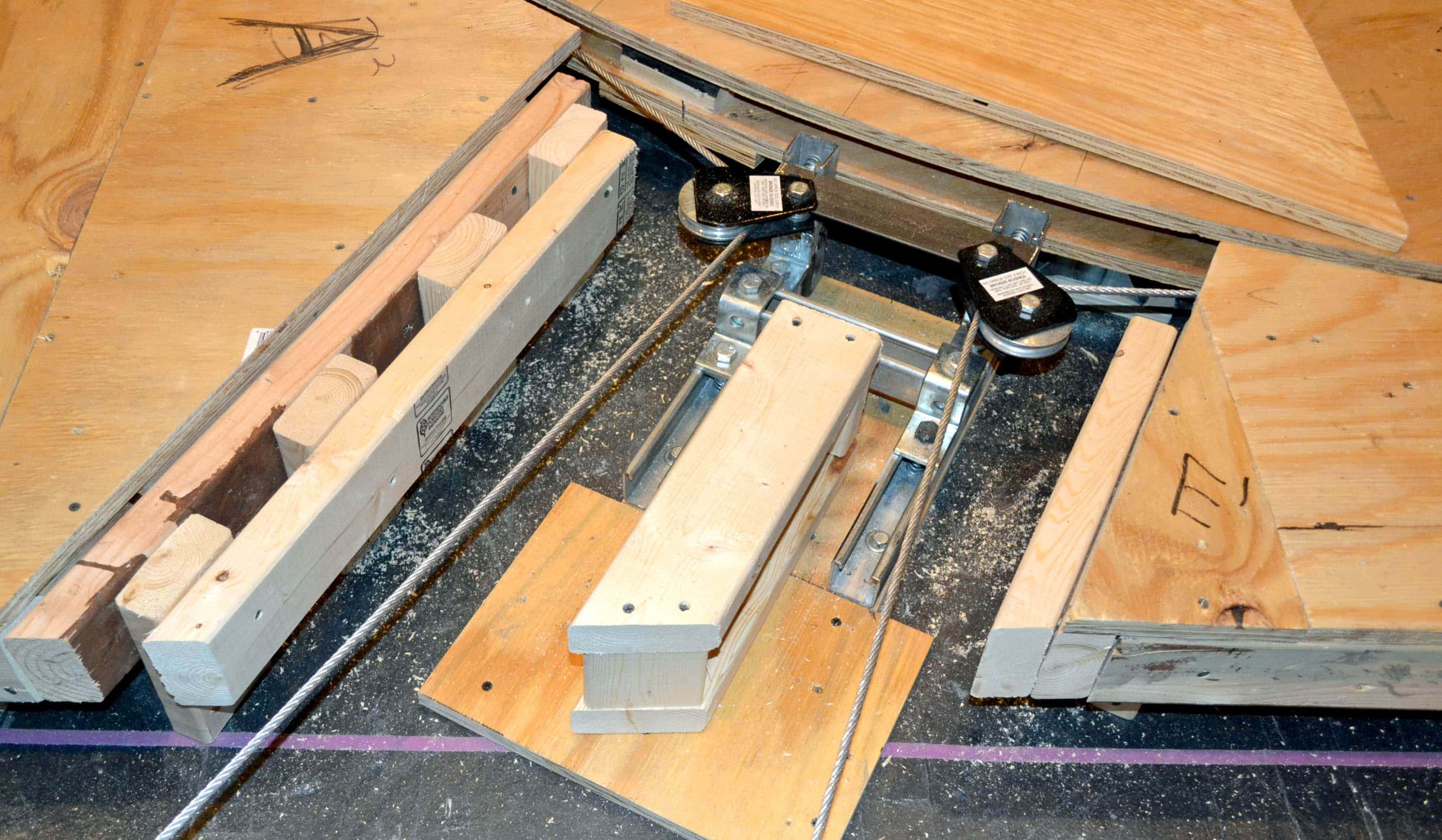 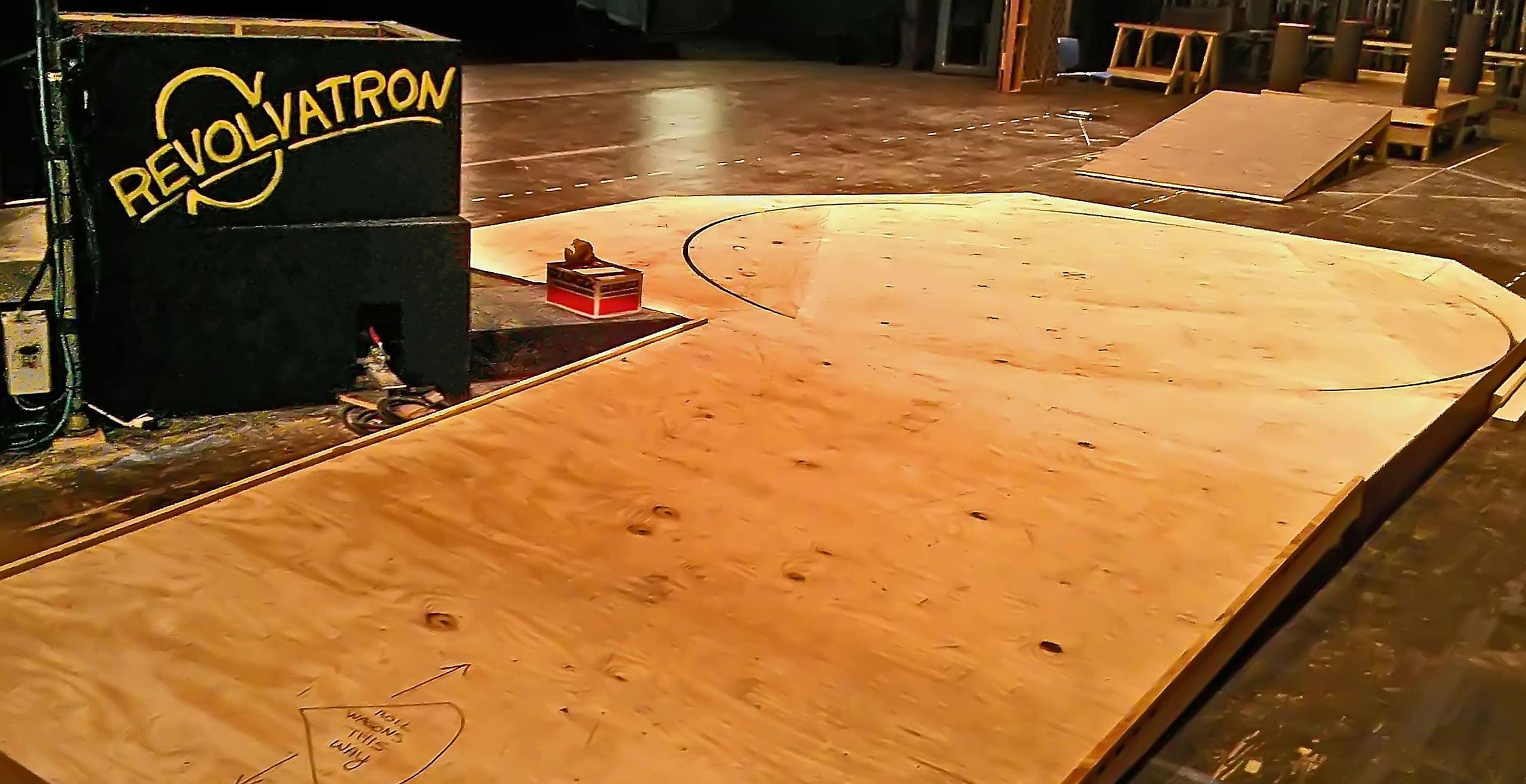 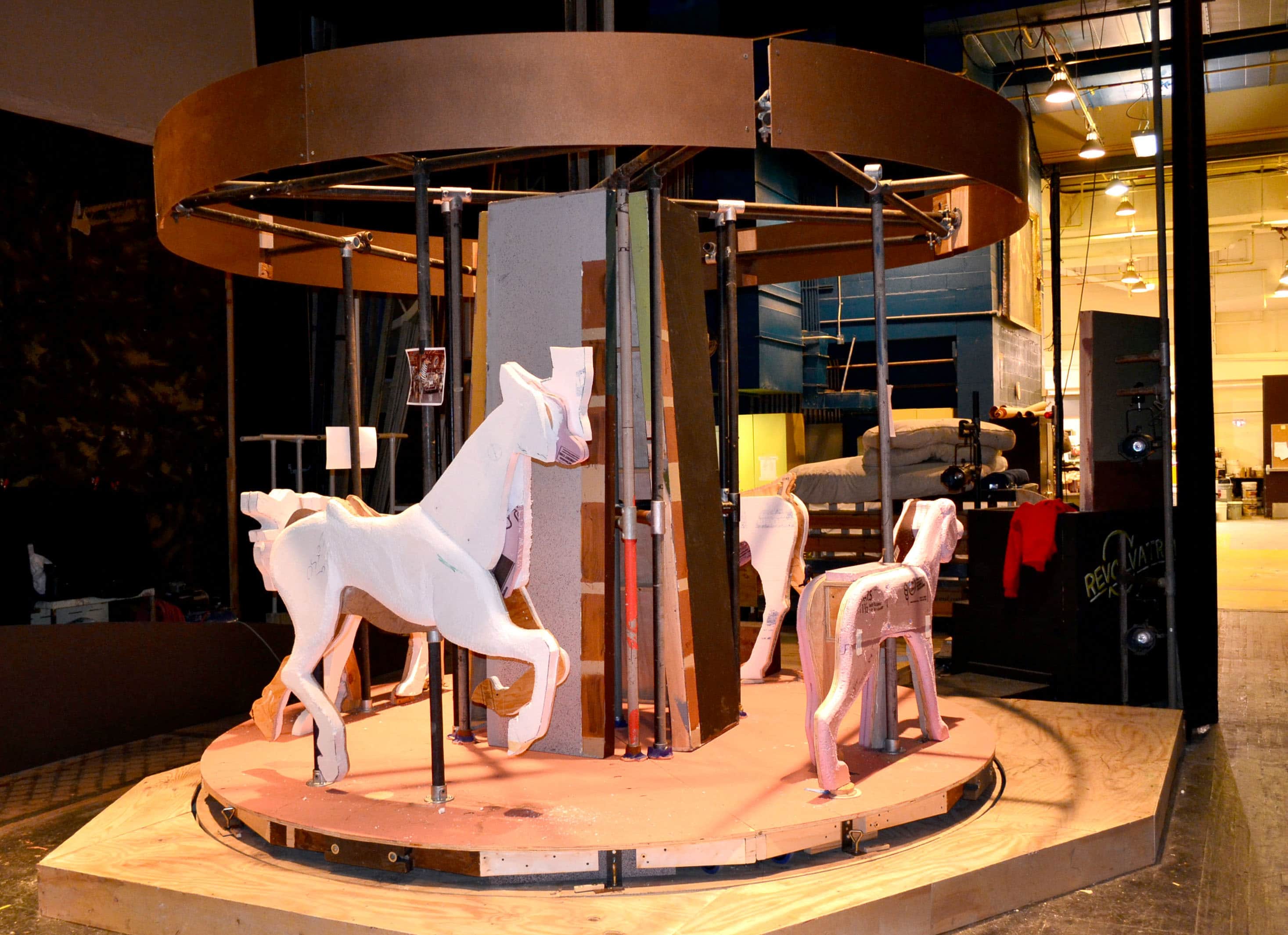 Testing with the carousel wagons

In use during the prologue of the show

A test of the turntable drive